I finally did it—S’mores Cupcakes for the blog. Rich in layers this cupcake starts from the bottom with a graham cracker crust and then moves to a deep dark chocolate cupcake body. For the finishing touches a layer of the marshmallow frosting is dipped in chocolate and dusted with graham crackers crumbs—never enough, I piled the cupcake high with a light cloud-like toasted marshmallow frosting. 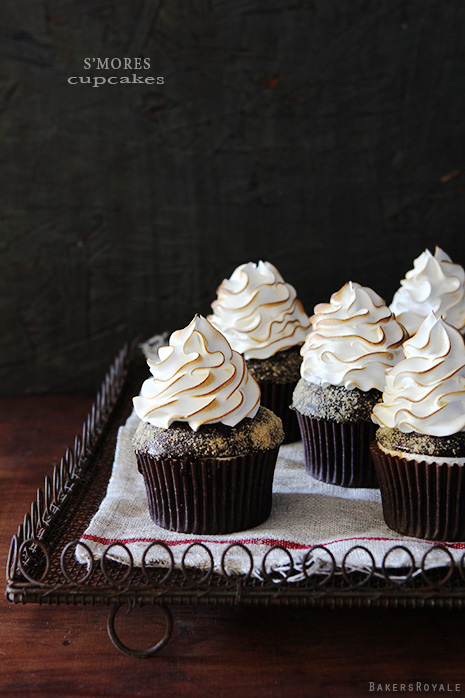 This fork-required cupcake has been on the to-do list for a while. I just kept thinking I had to come up with a clever design. But you know what? Sometimes you just have to get it done. Even though these S’mores cupcakes are carved-up pretty much the same way as you will find here on my Banana Split Cupcakes and Toffee Crunch Cupcakes , it was better to do it than not.

And, don’t be surprised if you find these S’mores Cupcakes redesigned at a later time. 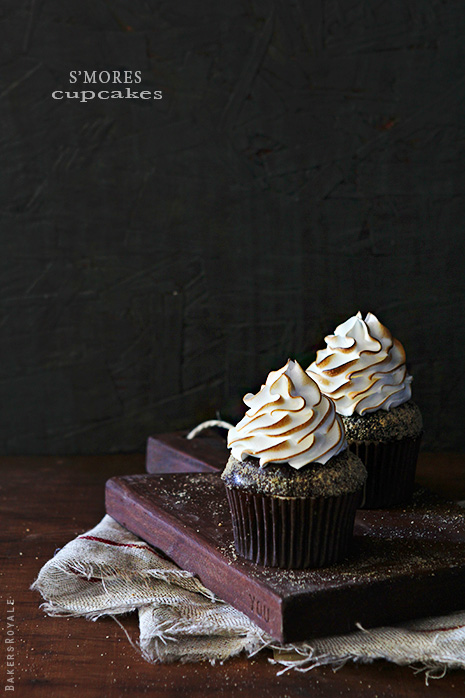 Position a rack in the lower third of the oven. Heat the oven to 350 degrees.

Reserve 2 tablespoons of crumbs. Place remaining graham cracker crumbs in a bowl with butter and mix to combine. Add approximately 1 tablespoon of mixture to each cup and firmly press crumbs down. Bake for about 10- 12 minutes.

TIP: For light tender cupcakes, spoon flour and cocoa lightly into measuring cups (instead of dipping the cups into the flour or cocoa) and then sweep the measures level without tapping or shaking them.