I’m moving the lychee martini beyond its one note profile of being just a sweet and floral drink by adding in some currants to strike a balance with a little tartness. Along with that this lychee martini is floated on a lemon sorbet body for a summertime cocktail that is a martini slush. 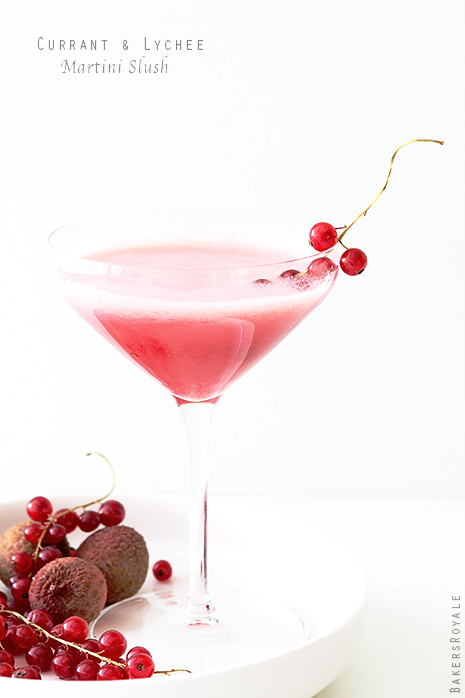 You know me and my liberty-taking ways. I shared this drink with my two bartender friends and both were equally appalled.

The thought was— flavor: good mix. Sorbet? WTH –  sorbet has no place in a martini. Well it does if you are making a martini slush

My response: shut it and take a sip then we can talk about any so called martini abomination.

Place sorbet, lychee and currants in a blender and pulse until well combined and smooth. Add in vodka and gently pulse until combined. Push through and sieve and serve.