Now here’s breakfast you can enjoy all day—that is if you are into that kind of thing. 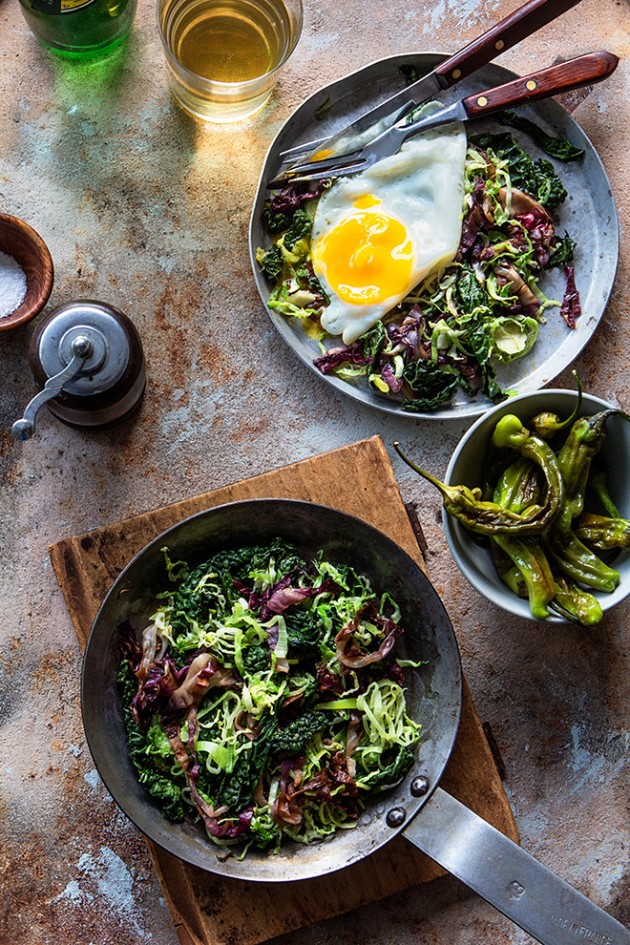 Lucky for me (well, sort of) breakfast is the most popular meal in my home. I know, I’m really working the baby to even it out, so dessert has a fighting chance around here. So far I’m still outnumbered when it comes to dessert, something that they will repeatedly remind me is not a meal. But I’ll take breakfast as the most popular since I’m just as happy eating eggs for dinner as I am for breakfast. 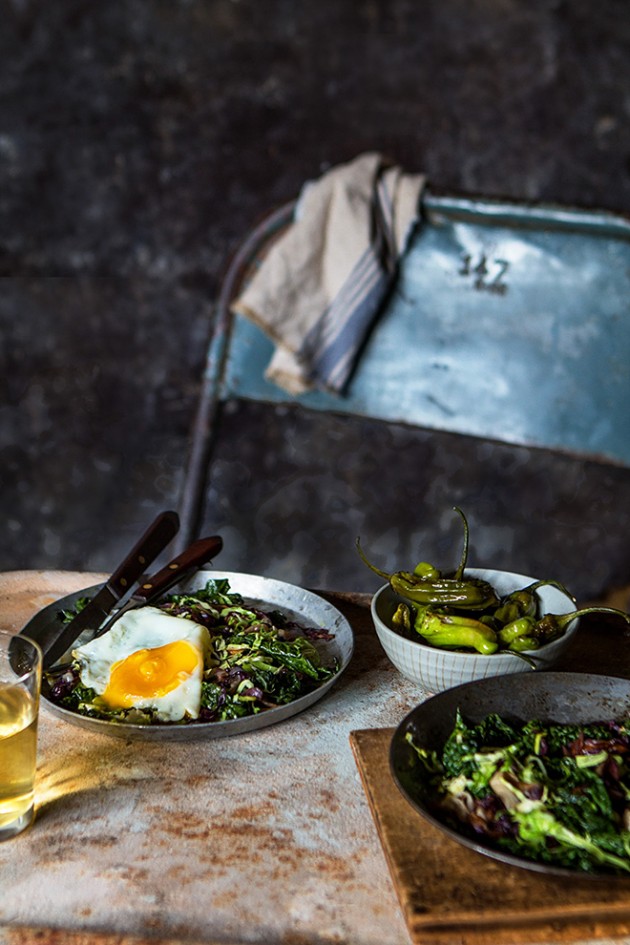 But this breakfast vegetable hash didn’t make the cut with my family. I think it was Dinosaur kale—so as it often happens—I ended up eating this by myself. 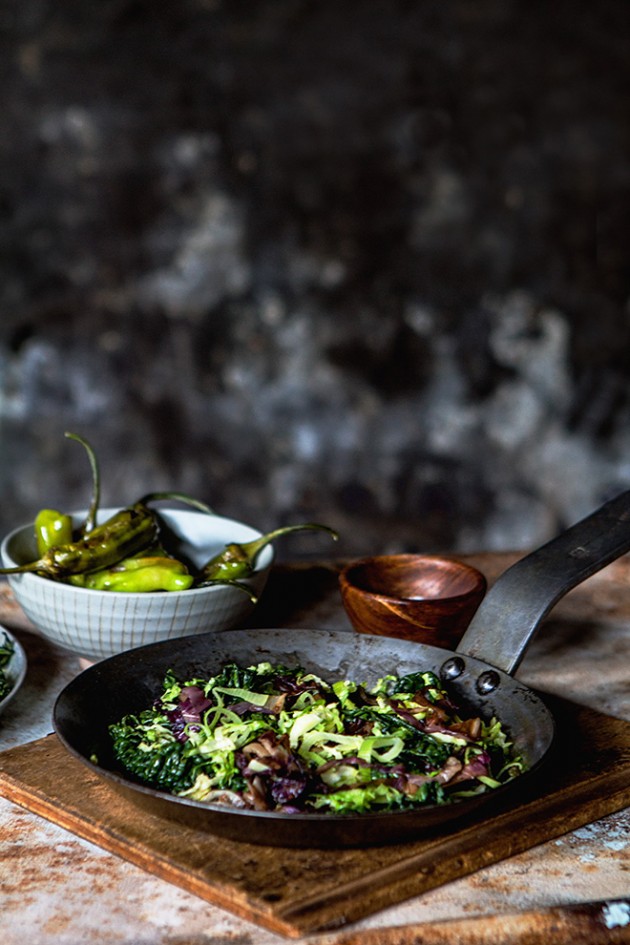 A dish that I found on Pinterest, but when I clicked through there was no recipe, so I winged it. Admittedly, there is not much to wing here since it’s a bunch of veggies sauteed in bacon fat and made flavorful with just a little parmesan cheese and a lot of leeks. To finish I topped it with a fried egg for breakfast, a simple toasted sesame seed sprinkling for lunch and folded in quinoa and toasted almonds for dinner. See how one simple thing can turn into three meals, so yay me for finishing a day’s worth of cooking in just a few minutes. As for the rest of the family, they ended up cooking three meals that day. See where I’m going with this  . . .  I got out of cooking duties for the day.

Cook  bacon in  large pan. Remove cooked bacon and drain pan of all but 1 tablespoon of rendered bacon fat. Stir in blanched kale and cook over medium heat until tender, about 3-4 minutes. Transfer kale to a plate and set aside. Add in two tablespoons rendered bacon fat, stir in radicchio and Brussels sprouts and cook until whites are translucent and lightly browned, about 3-5 minutes. Stir in leeks, cook until tender, about 3 minutes. Remove from heat. Sprinkle and stir in parmesan cheese and salt.