This easy raspberry brownie recipe can be thrown together in less than 20minutes.  I started with Alton Brown’s Cocoa Brownies then added another layer to it for a raspberry cheesecake brownie that’s not too sweet, not too fudgy and bright with a burst of fruity tartness in almost every bite. 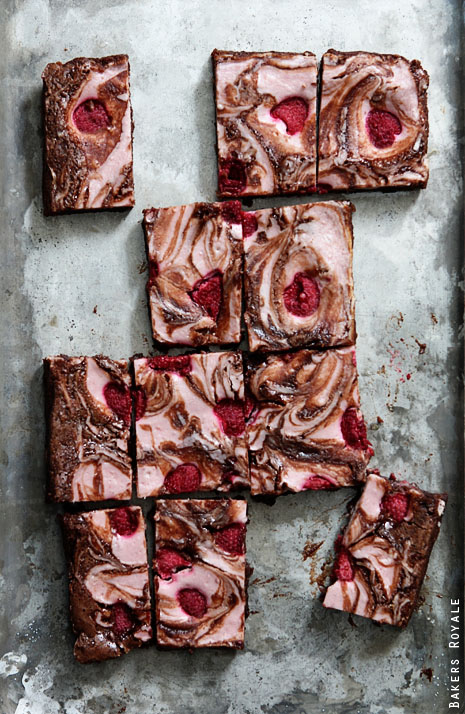 My apologies I’m keeping this post so brief since my life this week is pure chaos and insanity with moving. Expect the remaining posts for this week to be same, short and sweet – don’t miss the next post. It’s seriouisly crazy. If you follow, me on Instagram, then you saw the teaser and the caption that said, “I can’t wait to share this.”

In a mixer fitted with a whisk attachment place all ingredients in a bowl and beat until mixture becomes light and is fully combined, about 3-4 minutes.