Fall is here so get ready for an onslaught of pumpkin recipes. First up is a simple trifle with layers of pumpkin and vanilla pudding with a praline crumble. Oh, yes, that’s a crumble made up of granola and kicked up with crushed pralines. Of course you can skip the praline crumble, but it provides a nice balance in flavor and gives the trifle a textural break with a bit of crunch. 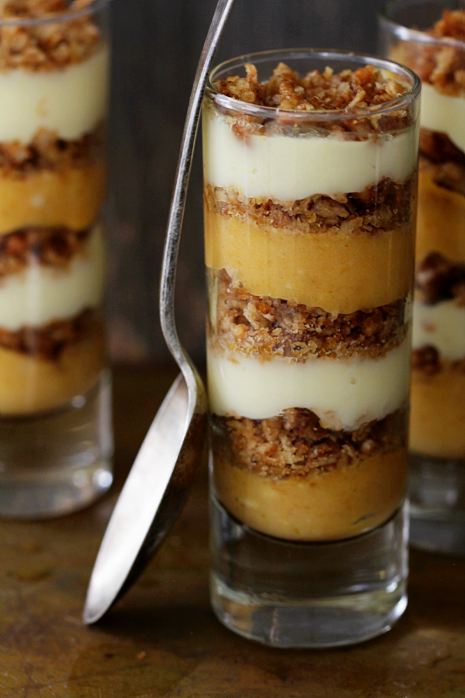 I have to say, I love trifles, they are simple to make and can pack a lot of flavor and texture. Along with that it’s like an open canvas for mixing and matching desserts. The only thing about trifles is I have a real hard time with not being able to create perfectly even layers. But let’s not talk about my need for perfection.

Its pumpkin season, so expect to see a few more recipes, especially since I hate to waste and I had to work through a large can of pumpkin. So up next is a pumpkin pie cookie. Trust me when I say you don’t want to miss this one if you are a cookie and/or pumpkin fan. 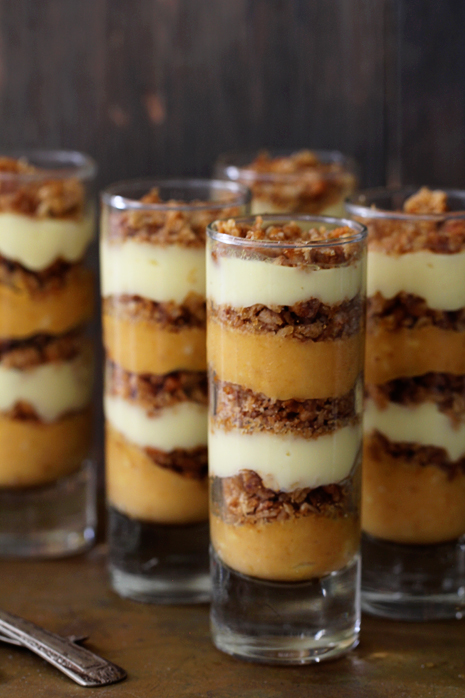