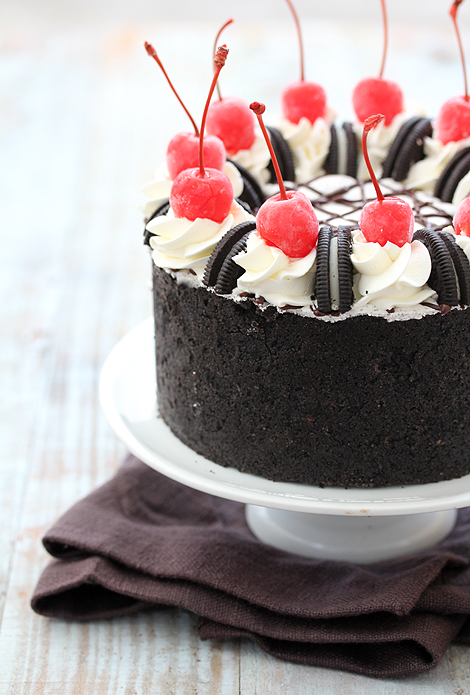 If you are familiar with a traditional French Silk Pie, then I’m sure you are reading this with one eye brow raised. French Silk Pies are, well, pies, not cakes. But they are also usually made with 16 tablespoons of butter and this Oreo and Chocolate French Silk Cake is made with 4 tablespoons. How’s that for low fat?

I know I’m taking a lot of liberties here with a classic, but let’s call it a personal riff. I’ve replaced the chocolate and butter with chocolate and milk in a pudding form. Not necessarily for a lower calorie count, but hey, it can’t hurt with bikini season in a month or two. 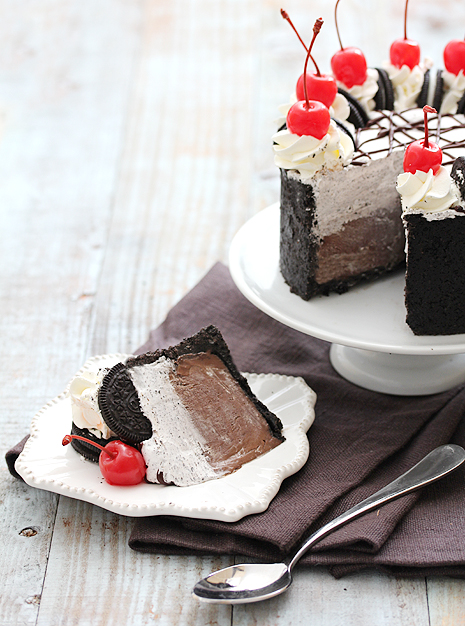 Actually, I lightened up the whole pie turned cake for textural reasons, especially since the Oreo layer is Cool Whip. Yes, I could have made my own whipped cream and I do many times, but for this I wanted Cool Whip. There’s just something about Cool whip that reminds me of being a kid.

In fact I wanted the whole nostalgic feeling of having a kid dessert-chocolate pudding and Cool Whip, but dressed in adult sophistication. If you know me or if you’re a regular reader, you know I didn’t grow up with many desserts. A dessert like this one was something that was either a once-in-awhile treat or something I enjoyed at a friend’s home.

So of course now it seems that I’m trying to right that wrong my parents inflicted on my sweet tooth.   And this cake did some serious make-up!