Rant alert. But let’s get the food out of the way first, okay? You are looking at some Mocha Crunch Macarons. I threw some instant coffee granules in the batter and then flavored the filling with coffee – so yeah, super strong in coffee flavor. I served these at a little soiree two weekends ago along with a few other desserts and this was by far the biggest hit. Although one person complained they tasted burnt – obviously, not a coffee drinker (so says the ego-fragile baker). 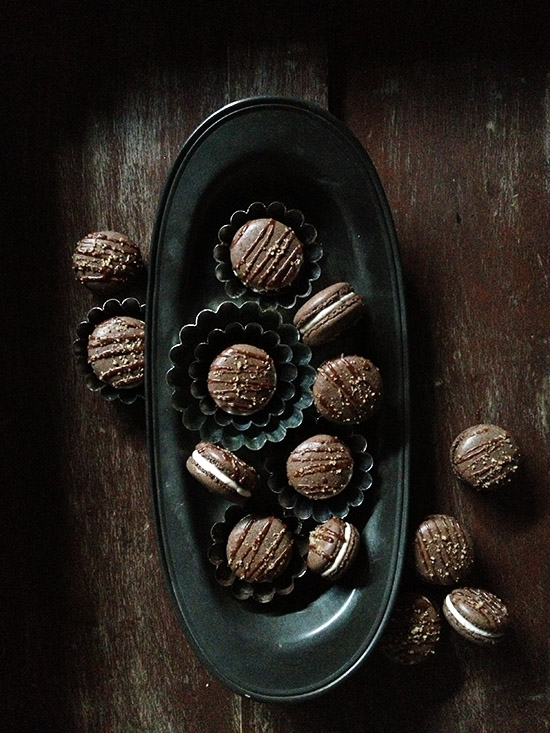 And now the rant: If you are going to tell a white lie, please don’t involve me—especially, if it’s to support a what is obviously untrue.

Apparently, some white lies require back up, a supporting agreement from another so the offender isn’t so obviously lying. Or maybe so the ass-ery can be shared and split among two? I don’t know, because I don’t get the idea of telling someone with a bad hair cut, “I love your new haircut”. 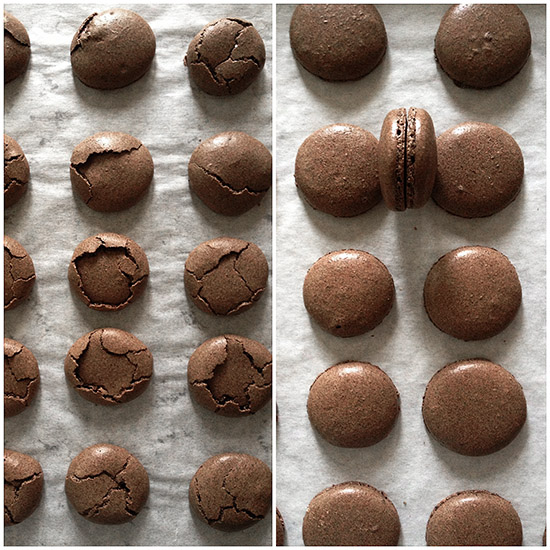 This seriously happened (and has happened on several occasions). I don’t get it. Am I horrible person because I won’t agree when called upon? Even the mere physicality of stretching my face into a smile and nodding in agreement escapes me. Okay, so I’m slightly awful. But I can’t do it.

At my worst extreme I will say, “It’s not my favorite cut on you.” But since I hardly knew this person that was monologue, in my head!. What was audible, “Hold-on, hair talk when I come back”, which as you can guess never happened.

Okay, what do you guys say or do in this situation? Suggestions?