By now you are aware I have a love-hate relationship with cake. The love part is easy: it’s all about the devour (okay, and as of late, the cake smashing). The hate part comes with—well, sculpting it. But even with that, I have a foot on each side of the dividing love-and-hate line. As a result, this year I’m going to ask the magnificent one to please bless me with a deft caking decorating hand for my birthday. 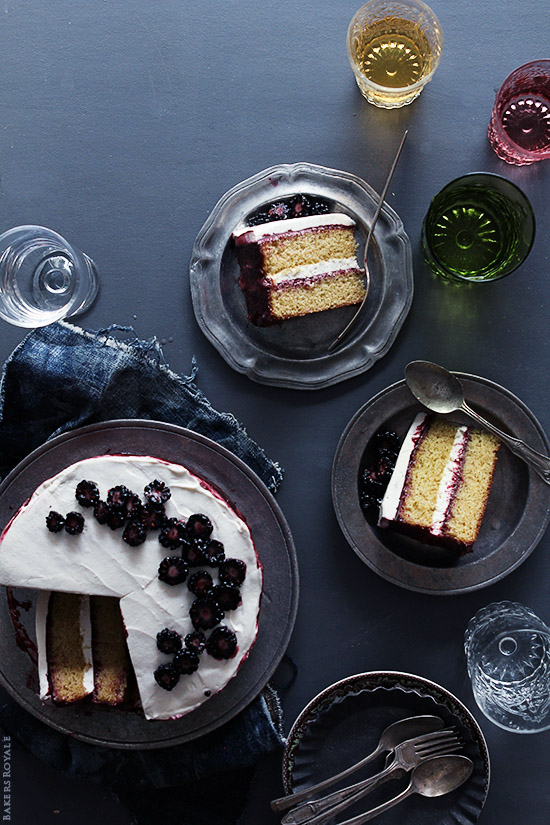 Because come’on no one wants to hear me drone on about my cake carving skills paralleling those of a crying toddler whose crayon-fisting hand can’t stay in the lines while coloring. Yeah, I’m dramatic—spank me.

Dramatics aside, it’s a bit tiresome and frustrating, trying to get vision and reality to align at times. This as you can imagine happens beyond just caking. So in the bigger scheme of that mention, I would really love it if caking could just be taken out of that mix. You know, leave the blurry-and-shifting vision and reality line, to say things of consequence like: telling my Stanford bound 6-year-old that becoming a pro-basketball player is probably not in his future being that neither of his parent is breaking the vertical 6ft. minimum requirement. 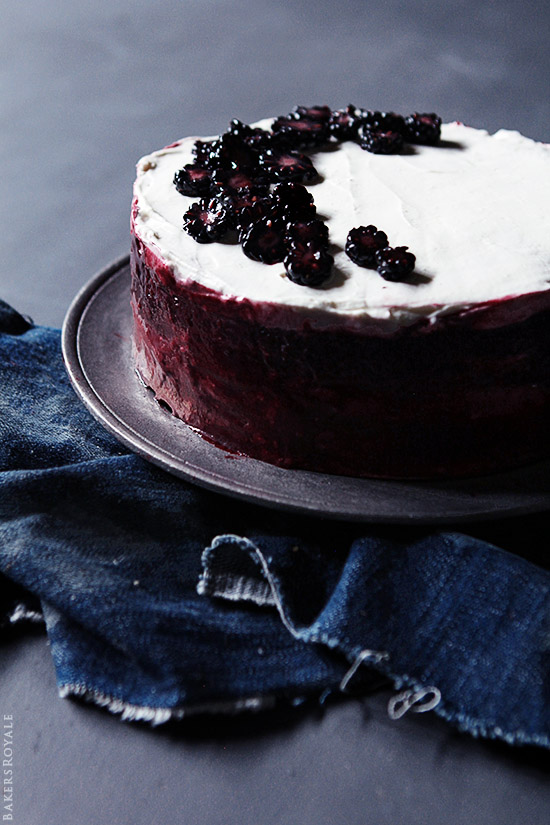 Alright, I guess we should talk about the cake at hand, since I seemingly (more of that fuzzy vision and reality stuff) run a food blog.

The cake: A rustic two layer affair with a generous spreading of blackberry and lime jam in the middle and some honey buttercream in between and on top. Deliciously easy and simple to construct. No tips, no pastry bag–just you, an offset spatula and a little back-and-forth wrist action. 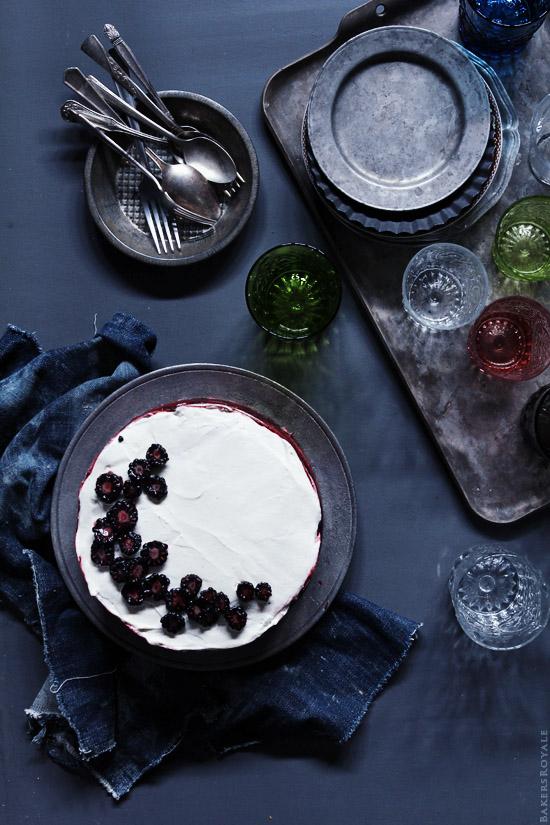 Heat oven to 350 degrees F. Line bottom of two 8-inch round cake pans with parchment paper and lightly cover with baking spray and a small amount of flour; tap out excess.

Place black tea in a coffee grinder or food processor and process to a fine grind. Sift ground black tea, flour, baking powder and baking soda into a small bowl; set aside.

Place sugar and eggs in stand mixer bowl fitted with a paddle attachment and beat on medium high until light and fluffy, about 3-4 minutes.  With the mixer still running, slowly pour olive oil into the egg and sugar mixture and beat until emulsified, about 3-4 minutes.

Reduce mixer speed to low, and alternately add the dry ingredients and the milk mixture to the batter in 3 parts, beginning and ending with dry ingredients. Mix just until combined (do not overmix).

Evenly divide and transfer the batter to the two prepared pans and bake at 350°F until a toothpick inserted in the center comes out clean, about 35 to 40 minutes. Cool the cakes in the pans for 15 minutes, then turn out onto wire racks to cool completely.

Set aside a handful of blackberries for garnishing. Place remainder of blackberries and lime juice in a blender and process until pureed. Place pureed blackberry mixture, sugar and cornstarch in a small saucepan over medium-low heat, stirring constantly until mixture boils. Remove from heat.

Push mixture through a fine mesh strainer and discard any solids and seeds.

Place a stand mixer bowl in the freezer to chill briefly in preparation for step 4.

Place water in a small microwave-safe shallow bowl and sprinkle gelatin on top. Let stand until gelatin has bloomed (about 5 minutes; mixture will become solid).

Place bowl in the microwave and heat on low for 10 seconds or until mixture dissolves to a syrup consistency. Set aside to cool slightly.

Turn mixer to lowest setting and add in honey and beat until combined, about 1 minute. With the mixer still running, slowly add in gelatin mixture and beat until stiff peaks form, about 1-2 minutes.