This Mixed Berry Oatmeal Cake was was actually planned for a later posting, but it was so good I had to post it right away. 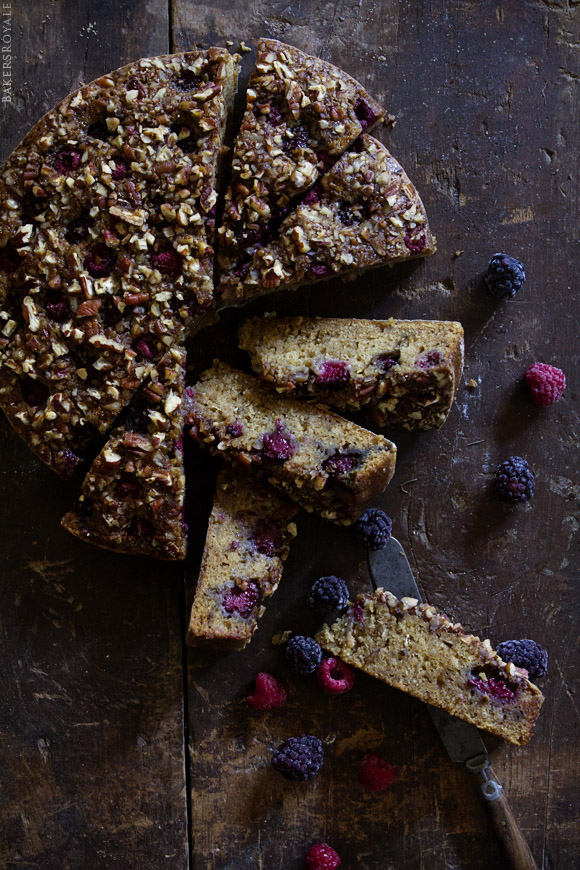 I brought this to Matt’s birthday picnic over the weekend and his sister went crazy for it—and admittedly, more so than what should have been the star of the day–Matt’s  birthday cake—the Coconut Cream Cake. But in my defense, because I feel like I must, they are two very different types of cake, one being very subtly-sweet with bright bursts of berries and the other being much richer. More on this later in the week when I post the Coconut Cream Cake. 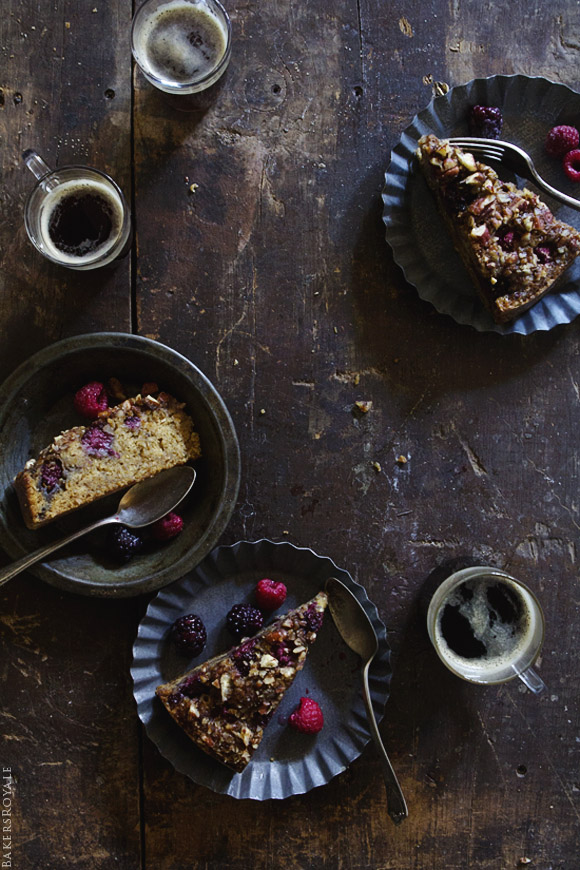 For now, let me just say, this Mixed Berry Oatmeal Cake is awesome. As I mentioned, the sweetness is subtle, so subtle I think it would be great for afternoon tea or a breakfast cake. And what I really love is how the oatmeal in the batter adds such a tenderness to the cake. Along with all of that, you can’t beat an easy-to-make cake that doesn’t require a stand mixer or heavy elbow grease for mixing.

The original recipe is actually for a Butterscotch Chip Oatmeal Cake from Better Homes and Gardens, but to see the modifications I made and other notes for flipping the cake to what you see above,  hit the jump  here.

Preparation: Heat oven to 350 degrees F. Cover a 10 inch round pan with bake spray and dust with flour.