We should agree that any discussion of calories or earnest intentions of workouts after having these brownies are as sensible as washing a car two days before a rainstorm: pointless. 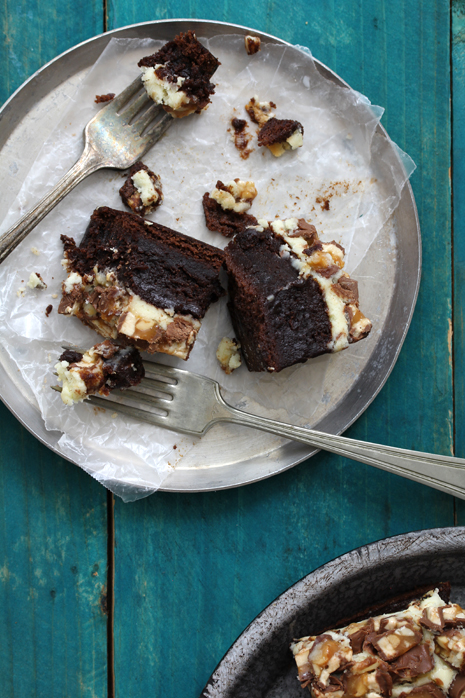 Yes, pointless. My advice eat, enjoy and don’t worry that the calorie count if printed would probably require a comma.

Now with that out of the way, let’s talk about what matters. We could talk about how delicious and perfectly chocolatey and moist the brownie base is, and how the cheesecake topping adds just enough creaminess to smooth out the chocolate and how the addition of chopped Snickers brings the cheesecake brownie to great new heights. 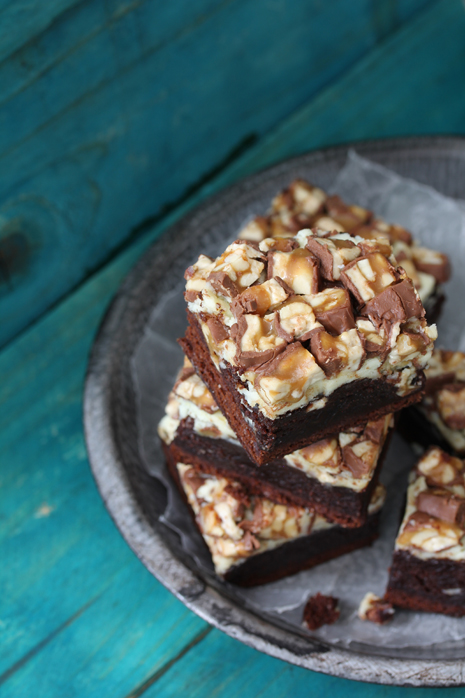 That’s bribery with a big “B”. If you’re a regular reader than you know I equate time as a commodity. I never have enough of it and I usually have to pay to steal some. Luckily, my broker goes by the name of Matt and instead of exchanging dead presidents inked in green, I use sugar for payment. More to the point: Snickers, his favorite candy bar. 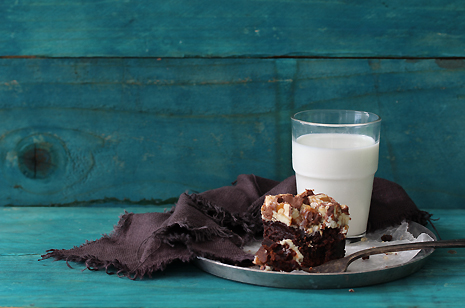 These brownies bought me a weekend to finish my personal project-well, almost done. I’m sort of a perfectionist, so I’m sure it will require one more weekend of tweaking. If anyone has any Snickers dessert suggestions, please let me know!

Call me lazy or call it pride, but a Snickers persuasion is just so much easier than begging and pleading. 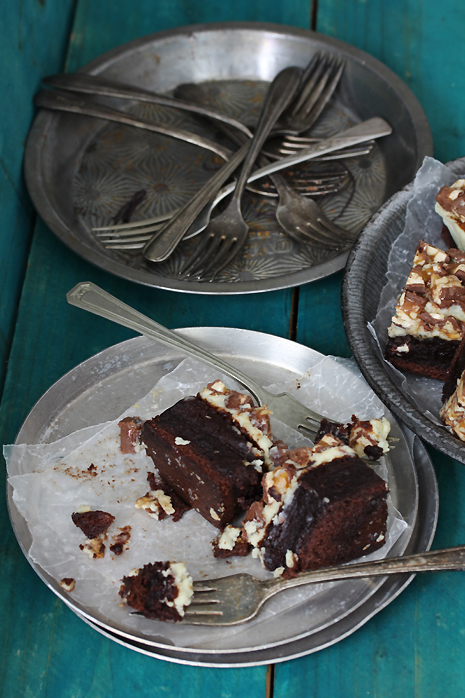 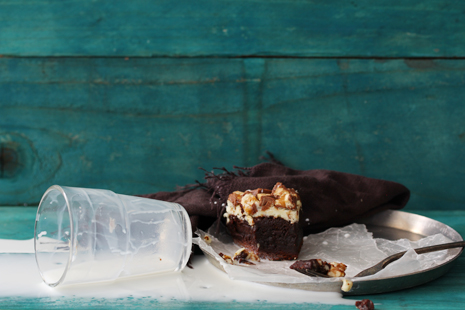 Things that make me want to cry!

1. Add all ingredients in a bowl and mix to combine. Pour on top of cooled brownie and bake for about 25 to 30 minutes or until set. Cool to warm then press chopped Snickers into cheesecake layer.