Forget the weights get your bicep curl on in this hand to mouth cookie lift. For a heavier lift, stack a few cookies together. Then have a few more for some extra reps and your arms should be perfectly sculpted. See these cookies not only taste good, but they will make you look good. No lie. 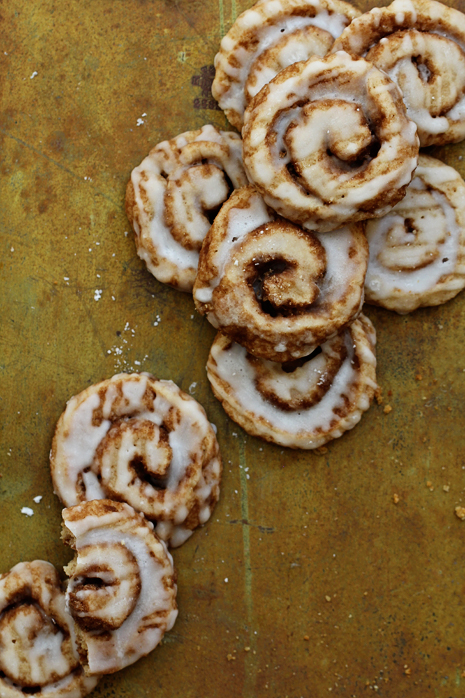 Alright all story telling aside, the cookies have a crisp edge with chewy crumb and a soft crackle from the glaze. I traded in the soft dough of a traditional cinnamon roll for a cookie crumb and the only thing I think you’ll miss are a few calories. 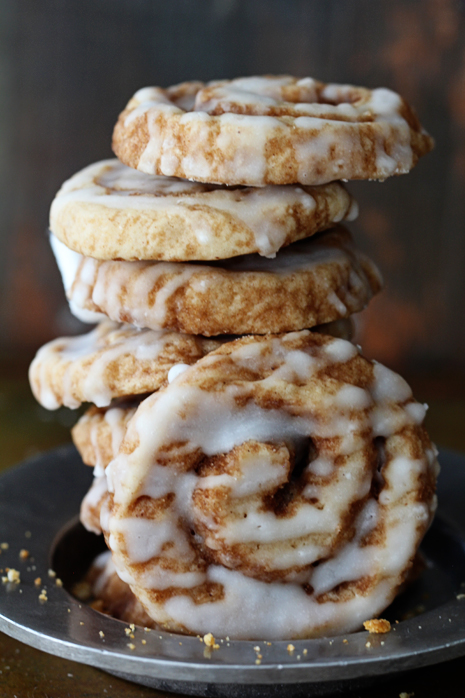 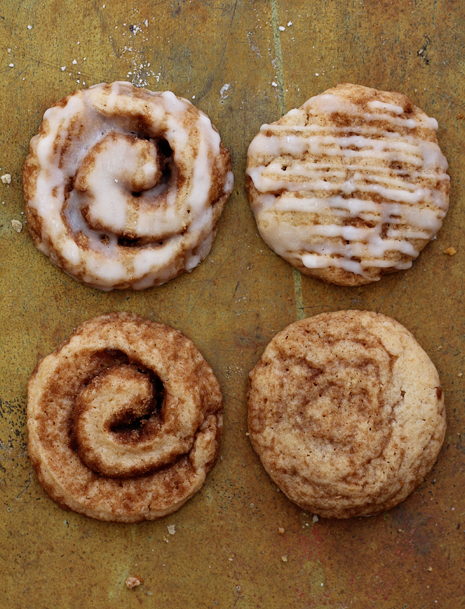 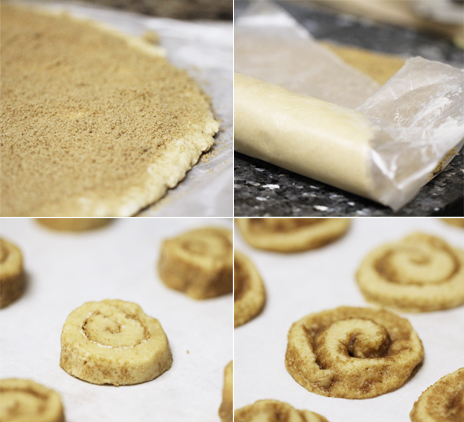