I love zebra cakes, but I love a zebra bundt cake more. It just seems like less work. No need to cut layers and the frosting is a simple chocolate glaze. However you like or decide to carve your zebra cake, a zebra styling of any sort is pretty much a guaranteed no-fail dress to impress dessert. I’ve added a step-by-step picture panel for a visual on how to make a zebra cake. 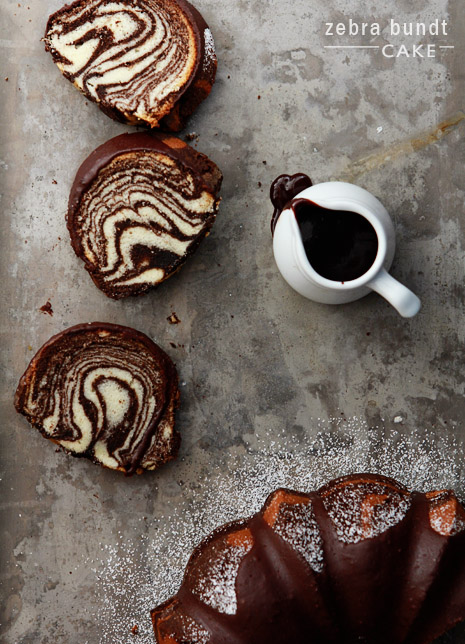 Okay, so my striping is not even close to being perfect like what you see here. But I used a thicker batter, so layering the batter with a spoon proved to be a little bit of a challenge. A quarter of the way through, I switched to a small ice cream scoop and it was so much easier. 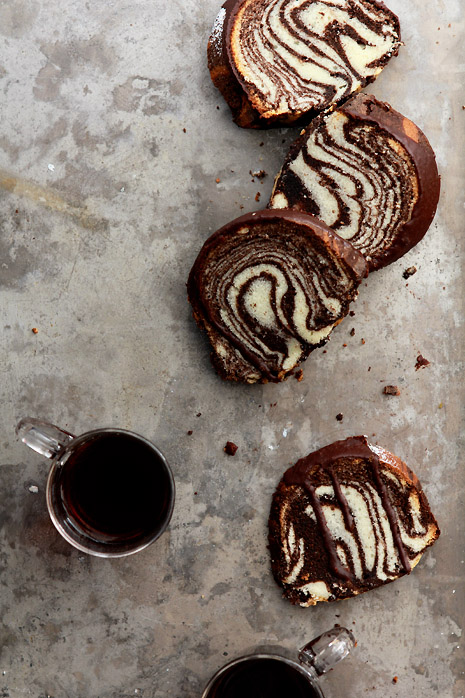 For this zebra bundt cake I used a marble poundcake recipe from Tish Boyle’s The Cake Book, while good, I found it wasn’t as moist as I generally like my pound cake. To be fair, I did adapt the recipe by melting the butter instead of creaming of it. Along with that, the original recipe calls for a marbling the pound cake, so I’m not sure if the extra time it took to make it a zebra bundt cake effected the end results in terms of moisture. Aside from those two things, I kept to the recipe and didn’t change anything else. 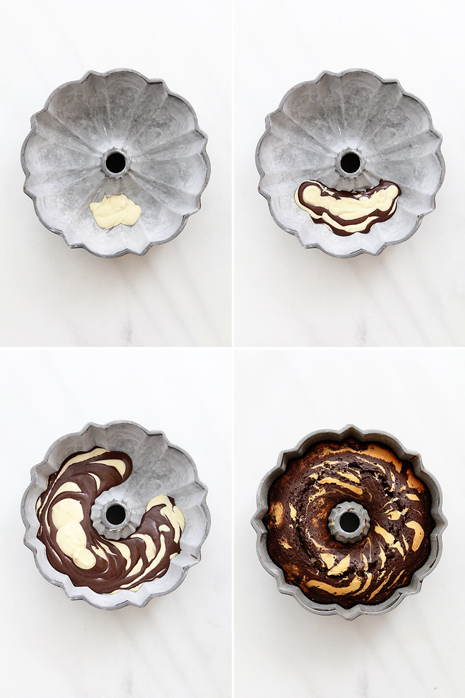