Football season is here, so let’s load up on some tailgating food with these Waffle Pulled Pork Sliders. Okay, who am I kidding, I don’t even really care about football in the way people who join fantasy football leagues do. I’m only in it for the food and the commercials. 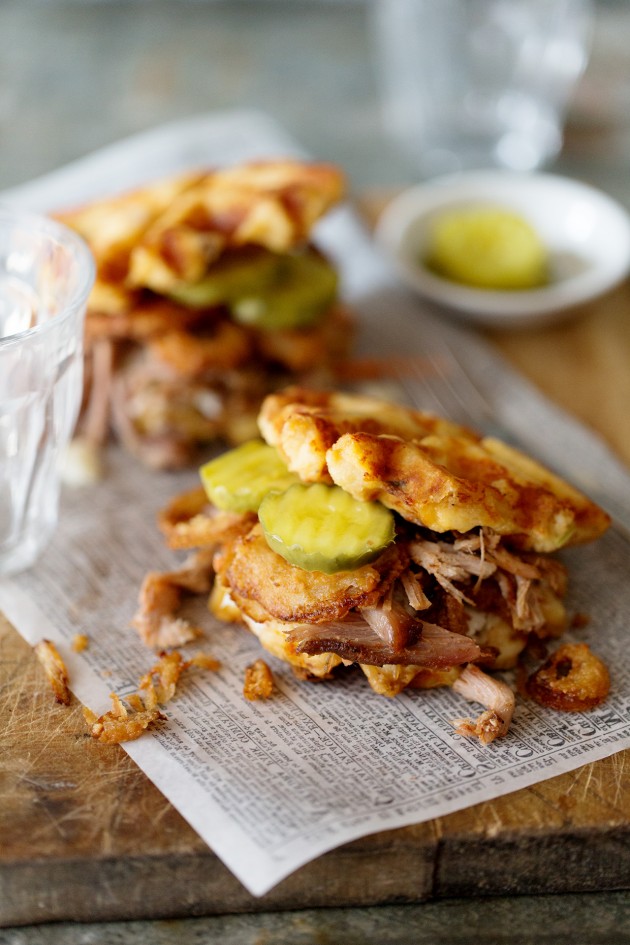 Commercials? Yep—I’ve mentioned it before, but I’m a huge commercial watcher and fan. The good ones, are few and far between, but when they’re good, it’s like a satisfying mini-story. Anyone else with me on this? Probably not — which might be the exact reason (or one of a few) that I don’t have a large circle of friends. 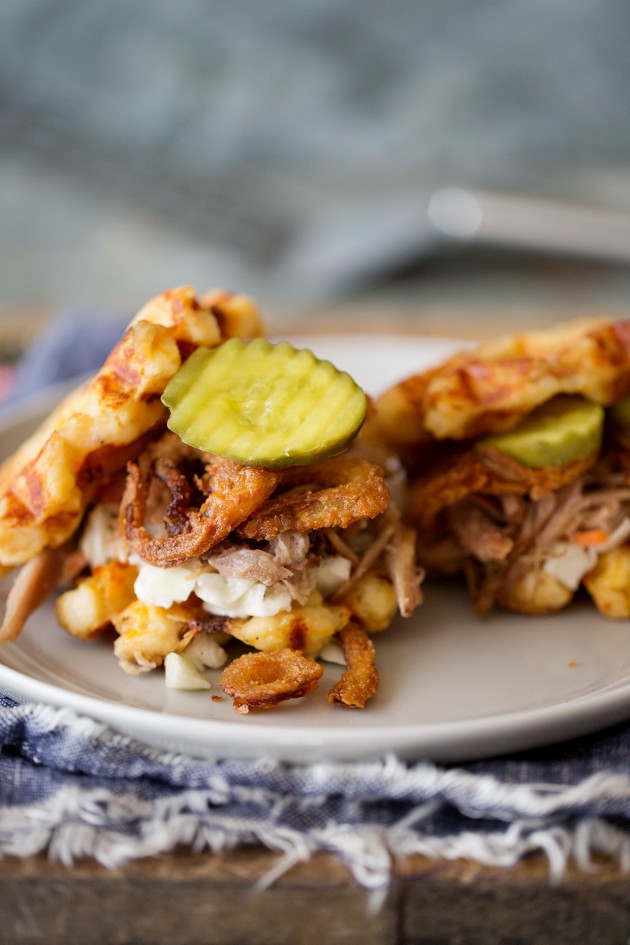 But my friends who are near-and-dear, will listen to the ramble about my new fav 30-second commercials with a drink in one hand and one of these sliders in the other. Seriously, these are some crazy-everything sliders. I lifted the recipes for the waffles from Matt’s waffled potato pancakes —same with the beer pulled pork (which is a slow-cooker recipe, so you got this!). Between the two of us, we are always trying to out do each other with game day eats. I didn’t win on this one, because they’re his recipes. I just pulled them together for this killer ensemble.

Stay tuned though, because between the two of us, we will be hitting game day  food hard with some killer mash-ups that we can’t to share. 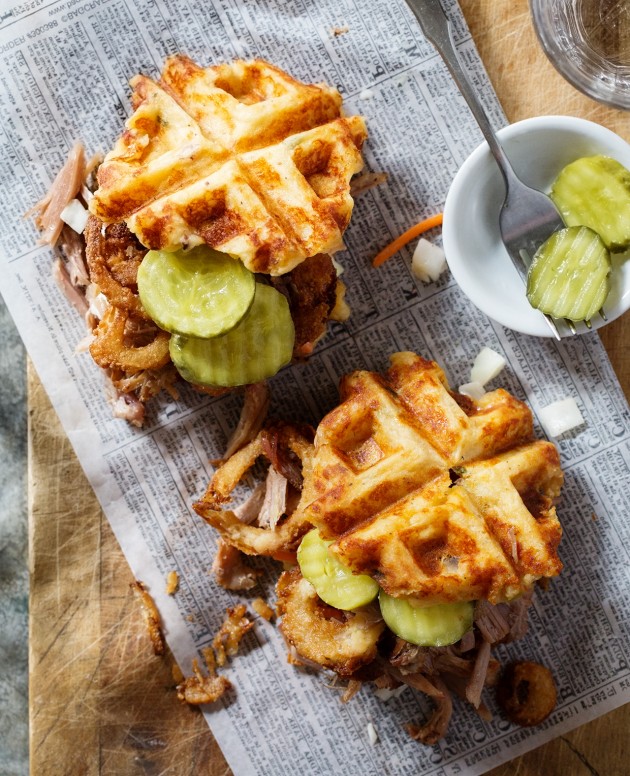 To make slow-cooker beer pulled pork: Place pork but in the bottom of slow cooker. In a large bowl combine and mix remaining ingredients. Pour mixture over pork butt. Set slow cooker to low for 8 hours.