It’s a twofer type of post with a review and recipe. As many of you know I’m still on the hunt for a new vanilla cupcake. This week I tested Cooks Illustrated Vanilla Cupcake recipe. Along the way I decided to also make a cupcake treat using that base. Let’s start with the cupcake ensemble first. 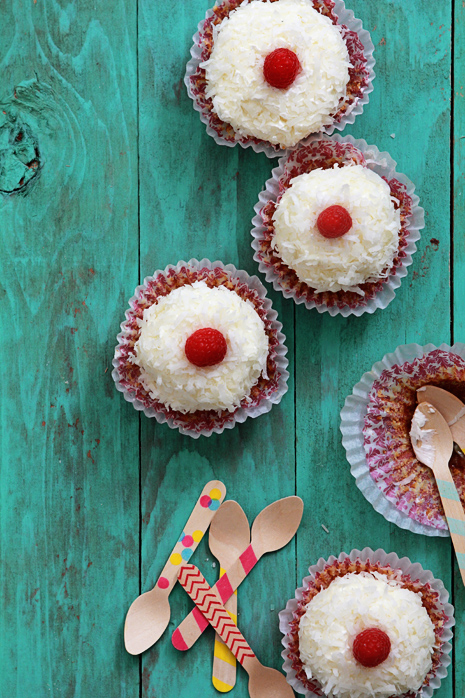 I adapted the cupcake base with some zest. Then I took the traditional lemon curd and turned it boozy with some limoncello and then stuffed it inside the cupcake. To finish things off I crowned the limoncello cupcake with a tall stacking of coconut buttercream frosting and pressed some sweetened coconut into it for added richness. 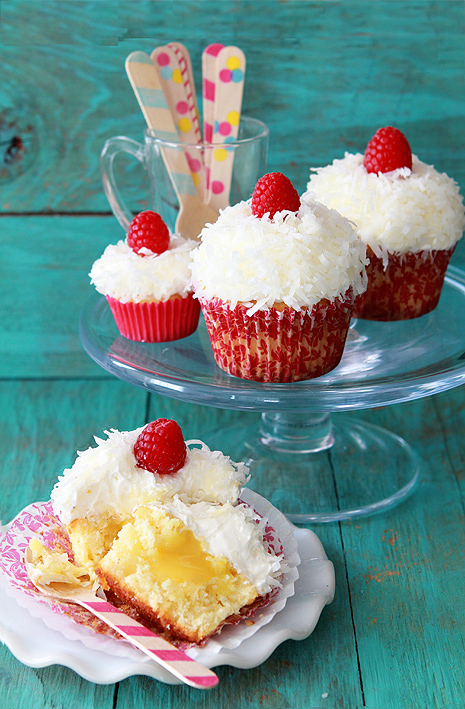 If you are a fan of these two flavors you may find this one pretty damntastic. The limoncello adds a nice contast to the tartness in the lemon curd. The coconut flavor gives the lemon a sweet counterpoint. For the coconut frosting, let me say the cream of coconut makes it. Don’t use coconut extract-that stuff taste like sunblock. Ack.

Now for the vanilla cupcake review. I should mention I’m a huge Cooks Illustrated fan, but this recipe, as is-not so much.

Here’s what I did like: Great texture. Nice tight crumb. Dense but not pound cake dense, just dense enough to provide a substantial body to the frosting. I’m personally not a fan of super light crumb textures like those found in box cake mix – too light and airy for me. So here’s the thing that knocks it out of the running for me: flavor. The flavor was too sour cream rich. That’s all I could taste.

So for this cupcake ensemble, I decided to even out the sour cream flavor with some lemon zest and limoncello curd and pair it with coconut. The end result was delicious and I couldn’t taste the sour cream. 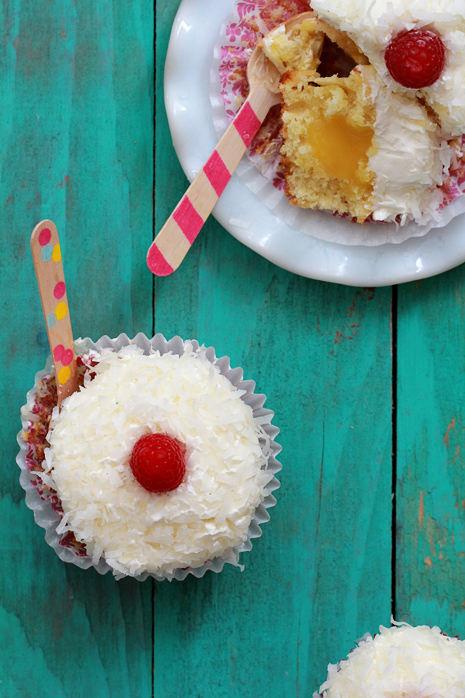 Hit the jump over to Endless Simmer for this Limoncello & Coconut Cupcake recipe.

« Tips and Tricks: How to core and make a filled cupcake
Banana Pops »