Over the years, I have spent a good deal of time testing all kinds of biscuits, even developing my own. Like anything in life, I’m always continuously tweaking and tinkering looking for the best of this and that. This latest biscuit recipe was a discovery on one of our summer trips at a truck stop, of all places. 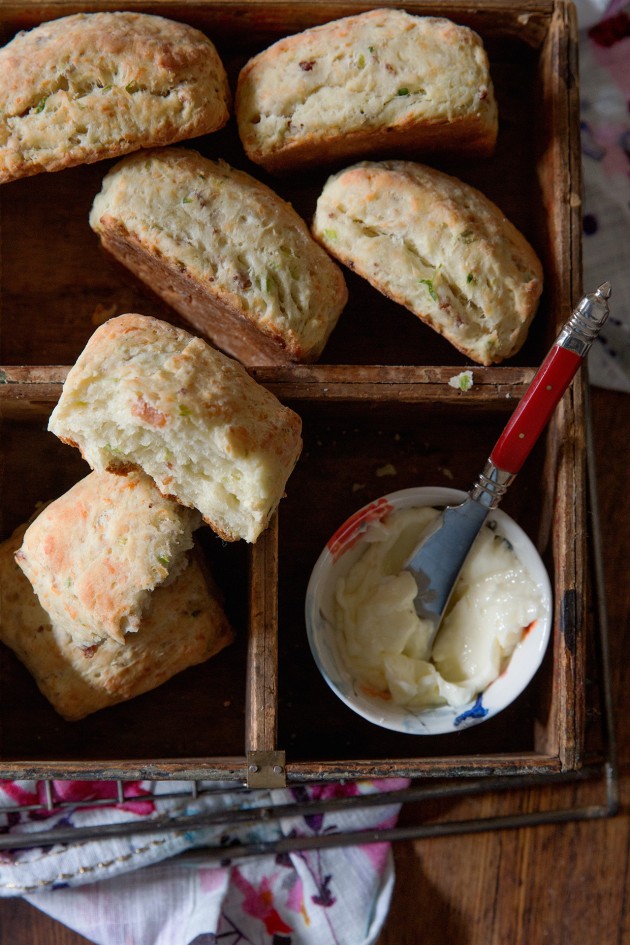 Here’s the secret to these pillow-soft tender biscuits: Milk. Whaaat—not buttermilk. I’m as surprised as you. 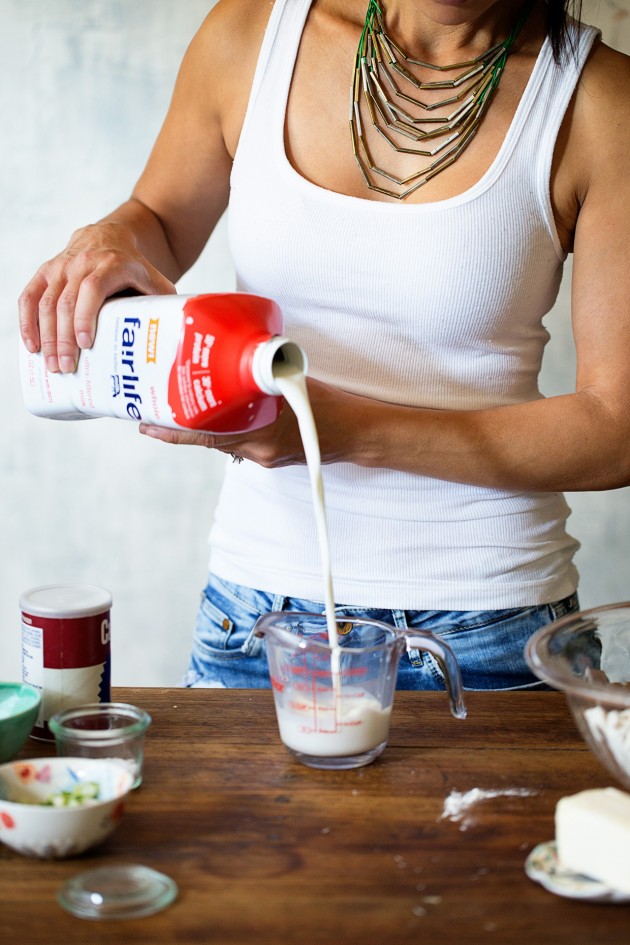 What you do need is high quality whole milk product like fairlife. Let me begin by saying, my boys and I have been fans of fairlife® ultra-filtered milk for nearly a year. What grabbed our attention was the high protein, 13 grams vs. the traditional 8 grams. Along with that fairlife® has half the sugar of regular milk and is lactose free-with no compromise to taste. In fact, my boys like it even better than other types of milk. 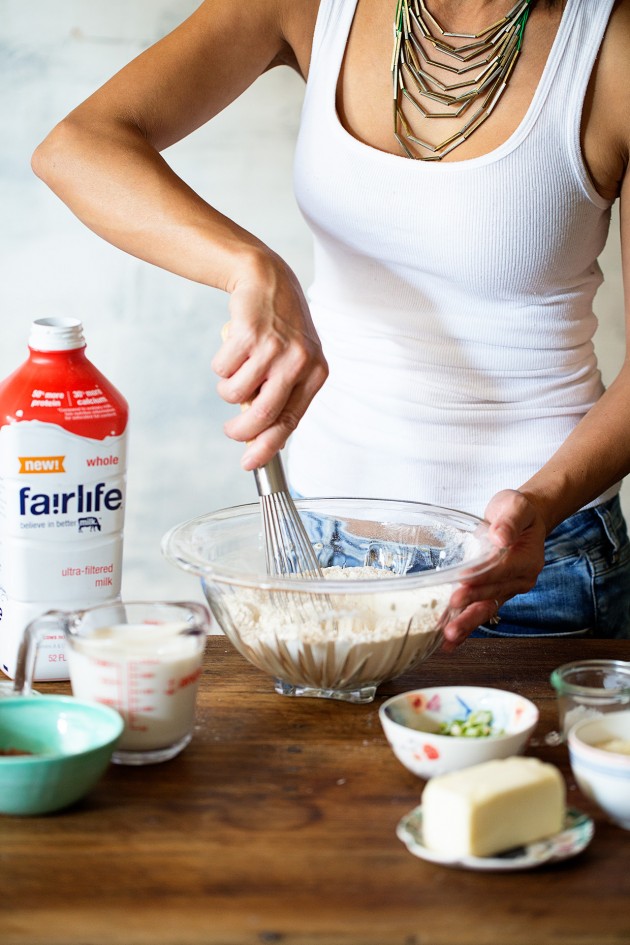 Here’s a fun and cool fact about fairlife® (because who doesn’t want to know more about their food):  The vast majority of cow’s milk sold in the U.S. is considered processed to protect consumer health. Typical agricultural processes include pasteurization, which kills harmful bacteria in the milk, and homogenization, a process which prevents cream from rising to the top of milk.  In addition, skim and reduced fat milks go through a spinning process, or separation, which spins some or all of the fat globules out of the milk. After separation and before pasteurization,fairlife® cold-filtration system is an additional step they take to increase the protein and calcium levels of their milk and decrease its sugar levels. 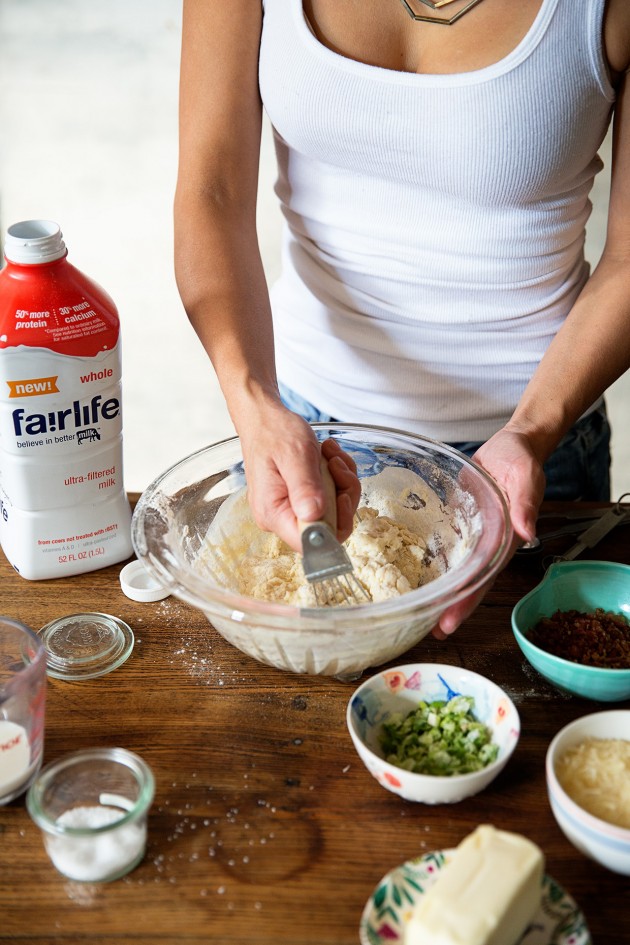 The real bonus for a baker like me—fairlife® is amazing to bake with. It’s thicker and creamier than most milks, so I can use it in place of heavy cream and buttermilk. That’s exactly why I’m excited to be partnering with them throughout the holiday season. 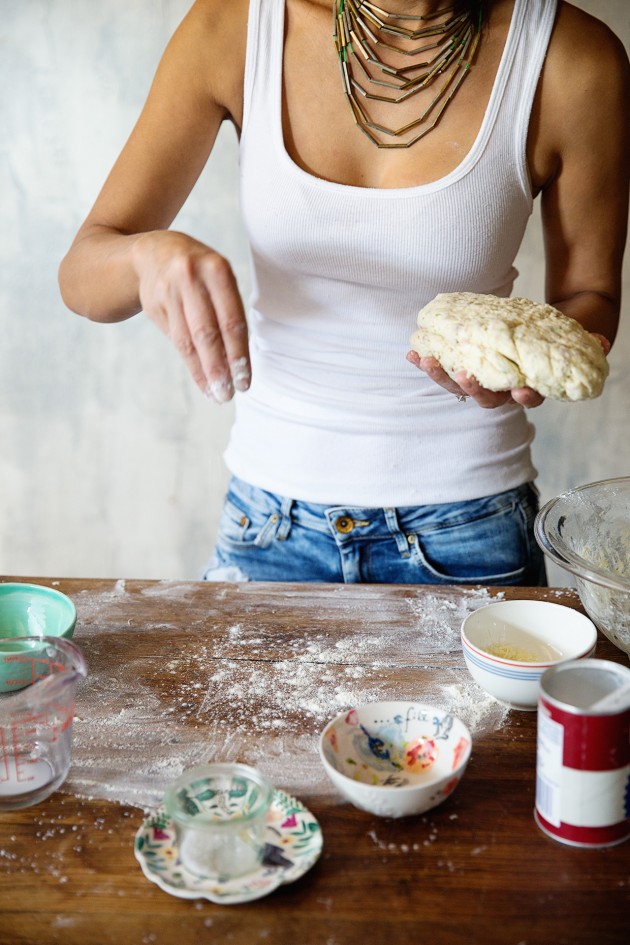 Now back to these biscuits. Yes, I did a side-by-side testing of this biscuit recipe with milk vs. fairlife®—and yep, you guessed it, fairlife® won hands down. The only adaptation I made to the recipe was to throw in a few extras like: crushed bacon, green onions and cheddar cheese.

There you have it—for those of you who are like me, always on the quest for the best. Here’s my latest favorite biscuit recipe via a truck stop via The New York Times. 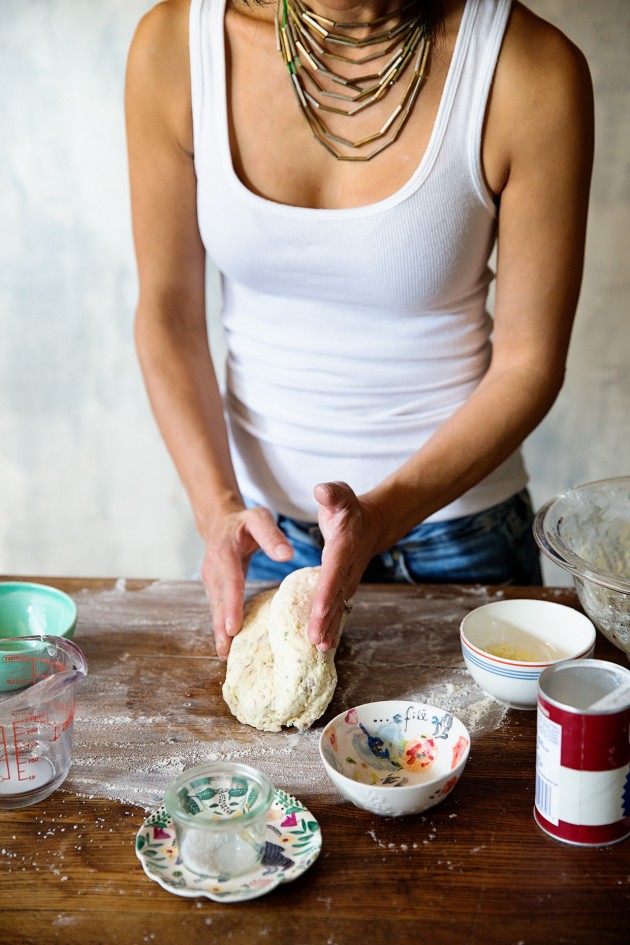 This is sponsored post in collaboration with fairlife®. All thoughts and opinions are my own.

Preheat oven to 425 degrees F. In a large bowl, sift flour, baking powder, sugar and salt. Add bacon, parmesan cheese and green onions. Transfer mixture to a food processor. Cut butter into 1 tablespoon size pats and add to flour, then pulse 5 or 6 times until the mixture resembles rough crumbs. (Alternatively, cut butter into flour in the mixing bowl using a fork or a pastry cutter.) Return dough to bowl, add milk and stir with a fork until it forms a rough ball.

Turn the dough out onto a well-floured surface and pat it down into a rough rectangle, about an inch thick. Fold it over and gently pat it down again. Repeat. Cover the dough loosely with a kitchen towel and allow it to rest for 30 minutes.

Gently pat out the dough some more, so that the rectangle is roughly 10 inches by 6 inches. Cut dough into biscuits using a floured glass or biscuit cutter. Do not twist cutter when cutting; this crimps the edges of the biscuit and impedes its rise.

Place biscuits on a cookie sheet and bake until golden brown, approximately 10 to 15 minutes.