Snickers. Brownie. Ice cream. Get all your sweet cravings in one dessert. The only rule, to eating this dessert: Any drips shall be licked and not wiped away. 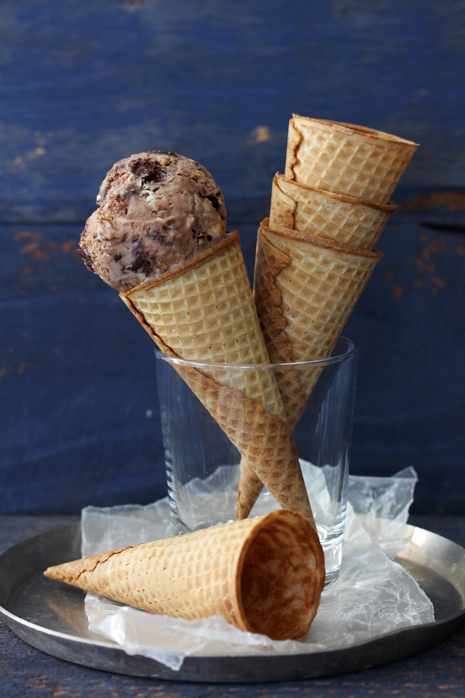 I hate waste.With that in mind, I decided to repurpose the remaining Snickers Cheesecake Brownie in some ice cream. This is what happens when you bake like crazy and family and friends start telling you they will only take small samples for taste testing.

Yes, it’s true. I’m now forbidden, or at least until bikini season ends to bring over full dessert trays. I’ve been told sugar and butter can have an expanding effect on peoples body when consumed in high amounts. I say don’t believe the hype.

As for the Snicker’s Ice Cream-big hit! It’s rich, it’s creamy and you will look good eating it. 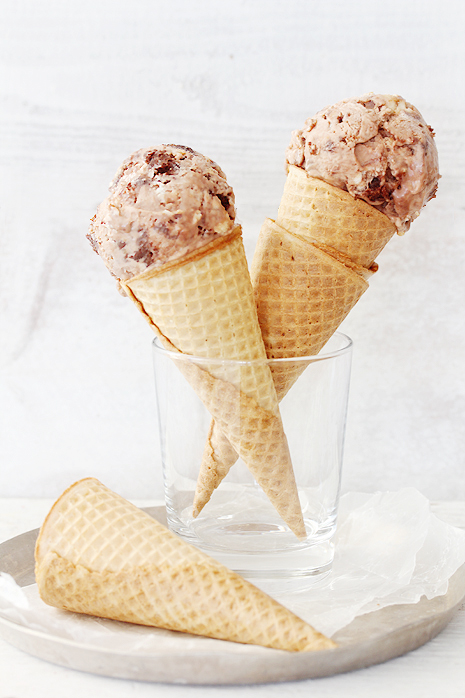 I re-did the shot without the ice cream sandwiches, but that had more to do with not having any on hand. The end result was not being able to decide between the white and blue background, so again, I queried everyone. The winner from those who were kind of enough to give me their input was for the white background.

I have to say my choice is for the blue I like the lighting and the composition better. But I also tend to like darker shots, which of course is a bigger challenge for me than bright or bright white shots. I’d love to hear what you think. Let me know in the comments section of this post which picture you like best.

1. Create an ice bath by filling a large roasting pan or casserole dish with ice water halfway up. Pour 1 cup of cream into a medium size bowl and place the bowl into the ice bath and place a strainer on top of the bowl. Set aside.

2. Add remaining 1 cup of cream, milk, sugar and salt into a saucepan over medium heat. Stir mixture until sugar dissolves and tiny bubbles appear around the edge of the pan, about 3-4 minutes. Set aside to cool slightly.

3. Whisk the egg yolks in a bowl then pour heated (slightly cooled) cream mixture onto the egg yolks and whisk constantly to prevent curdling. Place the combined egg and cream mixture to a saucepan and cook over low heat, stirring constantly until the custard thickens (it should be thick enough to coat the back of a spatula and hold a line drawn through it) and temperature on an instant read thermometer reads 175 degrees F. Remove pan from heat and strain custard into the cold cream in the ice bath. Stir custard mixture to below 70 degrees over ice bath.

4. Transfer custard to refrigerator to chill for at least 4 hours or overnight. Remove from refrigerator and transfer to your ice cream maker and churn according to manufacturer’s instructions.