“Eww, I’m not going to eat that. Why do your shrimps have tails?” 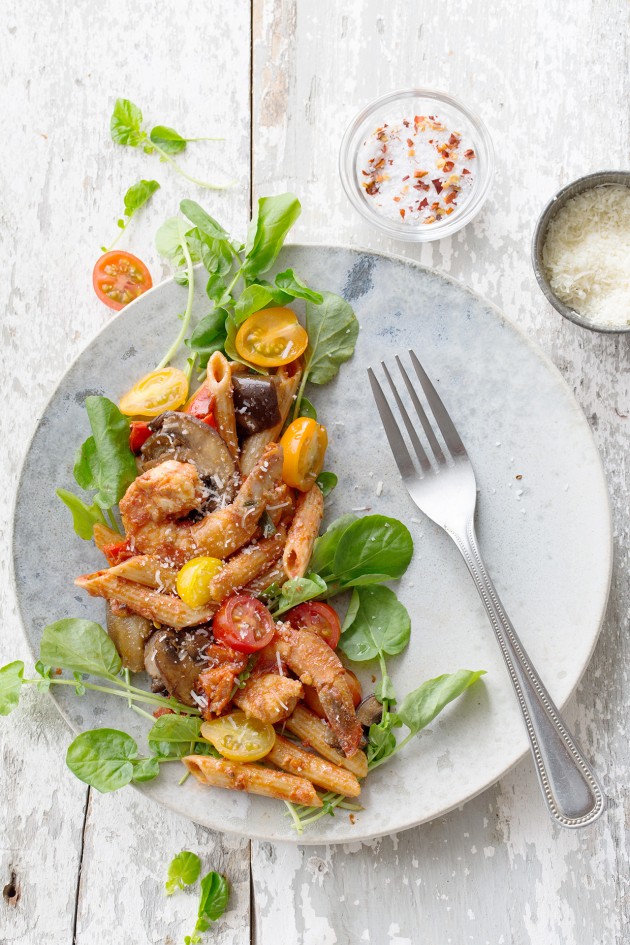 My shrimps? I mean, I guess it’s not that unusual that my 9 year-old doesn’t want to see his food actually resemble an animal. But really? I’ve done a terrible job as a mom with that, especially since I grew eating all kinds of meat with all kinds of things still attached. 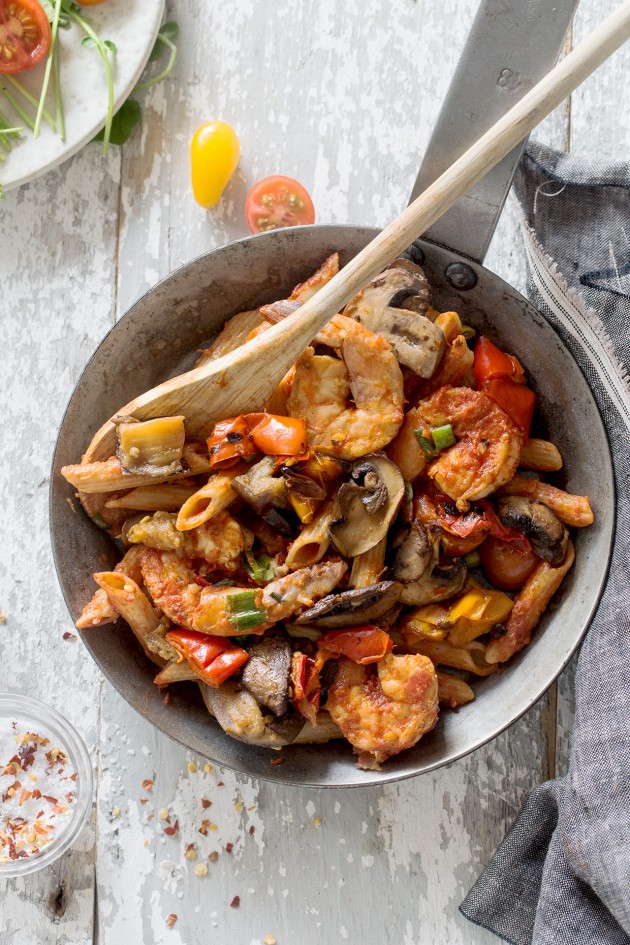 But in my defense of this recipe, it’s solid. It’s an adaptation from Bon Appetit. I made a few minor changes to it by swapping out the Nduja sauce for anchovy paste and then added in some veggies to temper the umami flavoring a bit. And I always prefer to plate my pasta with fresh greens mixed in, not on the side, and threw in some mini heirloom tomatoes for a hint of sweetness and contrast. But feel free to skip the plating add-ins and serve it as is.

To make stock: Peel and devein shrimp, save shells; set shrimp aside. In a medium sauce pan over medium high heat, heat 1 tablespoon oil and cook smashed garlic, stirring, until golden, about 1 minute. Add saved shrimp shells, cook and stir until bright pink, about 2 minutes. Add bay leaf and 2 cups water and bring to a boil. Reduce heat and simmer until stock is slightly reduced and flavorful, 8–10 minutes. Strain stock through a fine-mesh sieve; discard solids.

Add pasta and 1 cup pasta cooking liquid to sauce and cook, tossing often and adding more cooking liquid to help finish cooking pasta, until pasta is al dente and sauce is thickened (but still saucy) and coats pasta, about 5 minutes. Add lemon juice. Taste and season with salt and pepper.