Lets just get this out of the way—I have a tendency towards obsessive behavior. So please don’t be surprised or bored that I’m here posting another ice cream recipe. This one is softened vanilla ice cream folded and turned with crushed Reese’s and toffee bits and then layered between three decks of my favorite Alice Medrich brownie recipe for a Reese’s Brownie Ice Cream Cake that is pretty unforgettable. 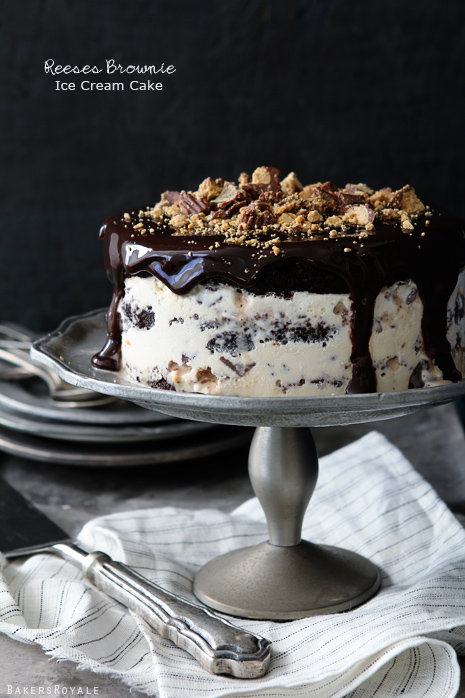 Especially unforgettable if you are allergic to peanuts and have a reaction to it while making this. I’ve always had an allergy to peanuts but never severe enough that I couldn’t handle it against my skin—until I made this. Handling peanut butter then rubbing my eyes-bad idea. Like stupid idea. My eyes swelled up instantaneously—Mike Tyson style—along with that, my lips decided to follow suit. As I said, dumb.

Luckily, no itchy throat like when I ingest it, so I was safe from that swelling up. I Benadryled myself and soldiered on.  Thankfully it was a hit (no-pun intended, but how fitting). 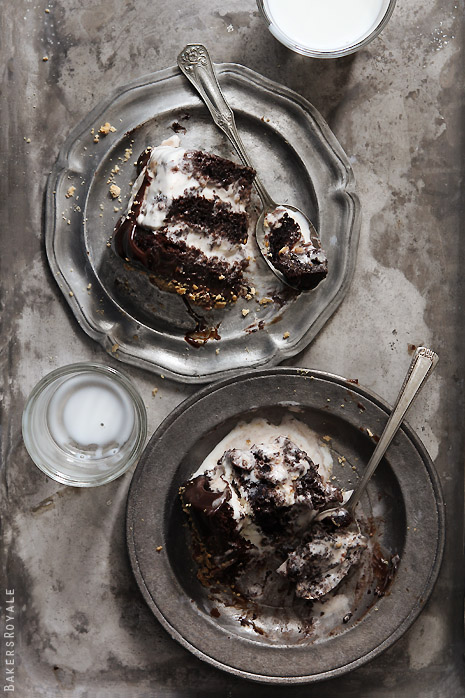