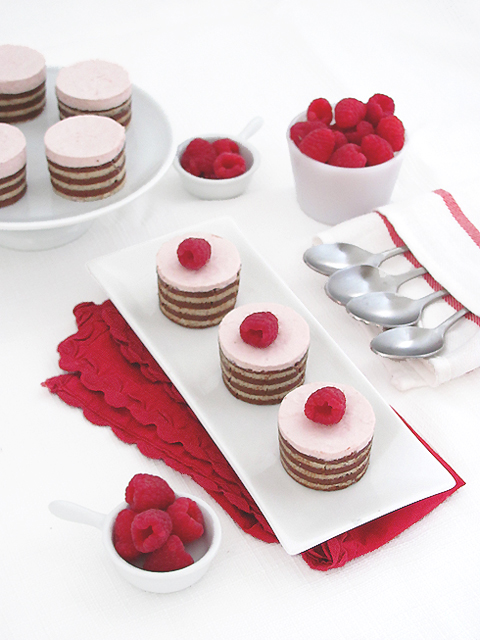 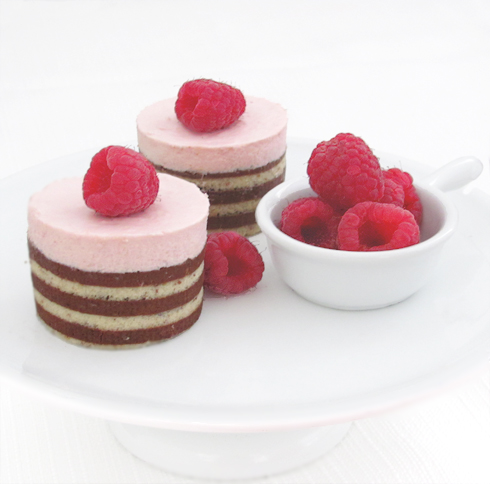 1. Place raspberries and sugar in a saucepan and heat to boil. Once boiled remove from heat and place lid on pan; set aside and cool to warm. Place warm simmered raspberries in a food processor bowl and puree. Push puree through a fine mesh strainer to remove seeds. Set aside.

2. In a saucepan sprinkle gelatin over Framboise and let it bloom. Once the gelatin has bloomed, heat it over low and gently stir until gelatin is dissolved; set aside to cool. In the meantime, whip heavy cream until soft peaks form.

4. Pour into forms or serving vessel, refrigerate for at least 2 hours to set mousse. Remove mousse cakes from refrigerator 10 minutes prior to serving.