Holiday season is upon us and I’m busting out everything from fast and easy to stepped up desserts. 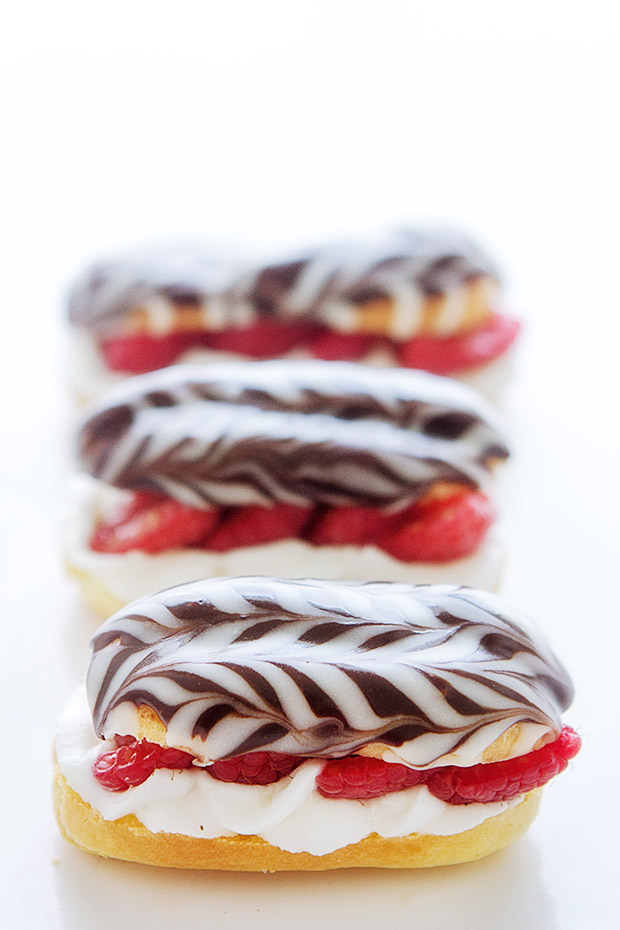 Yes, these raspberry eclairs are a bit more work, but I promise you, they are well worth it. And they’re also great if you need a show-stopping dessert and don’t want to mess with anything too time consuming.

Can you believe Christmas is less than 9 weeks away? Hello, where have I been? Time is zooming by me faster than the creeping crows feet on my face. Wah, but true. With that, stepped up desserts like this one can’t take up too much time. 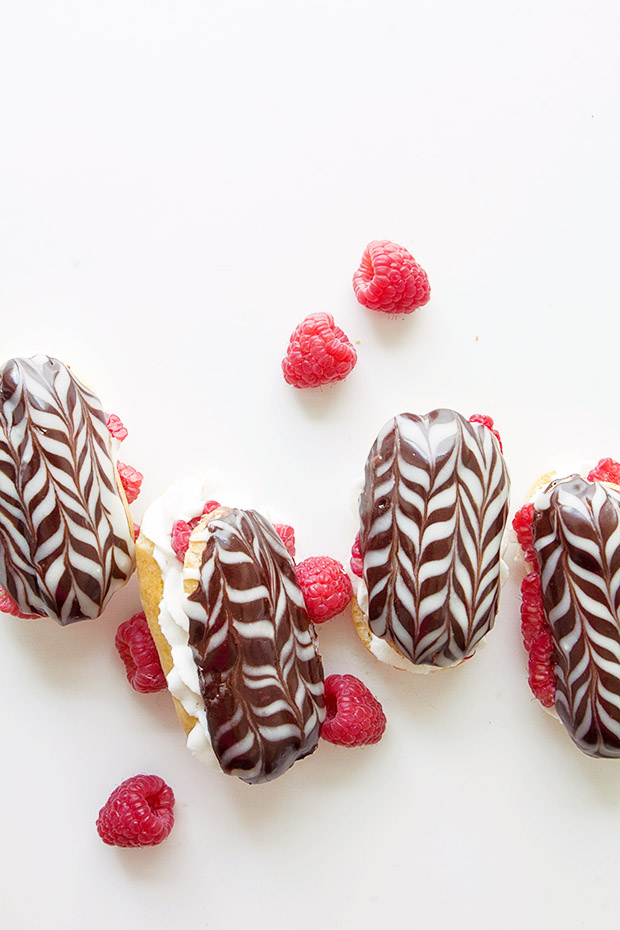 When you give this a go, don’t skip the raspberries, they make this dessert. To save time, you can make the pate choux three days ahead and keep them tightly covered on the counter. The rest of this recipe comes together quickly and easily. This is a good thing since the baby is becoming more aware and tugging at me for attention and entertainment. For those of you with kids, remember those days when you had to hide and throw your voice so the baby wouldn’t know you were near. Yup, I’m there – tip toeing around and using Sponge Bob’s voice instead of mine as needed. 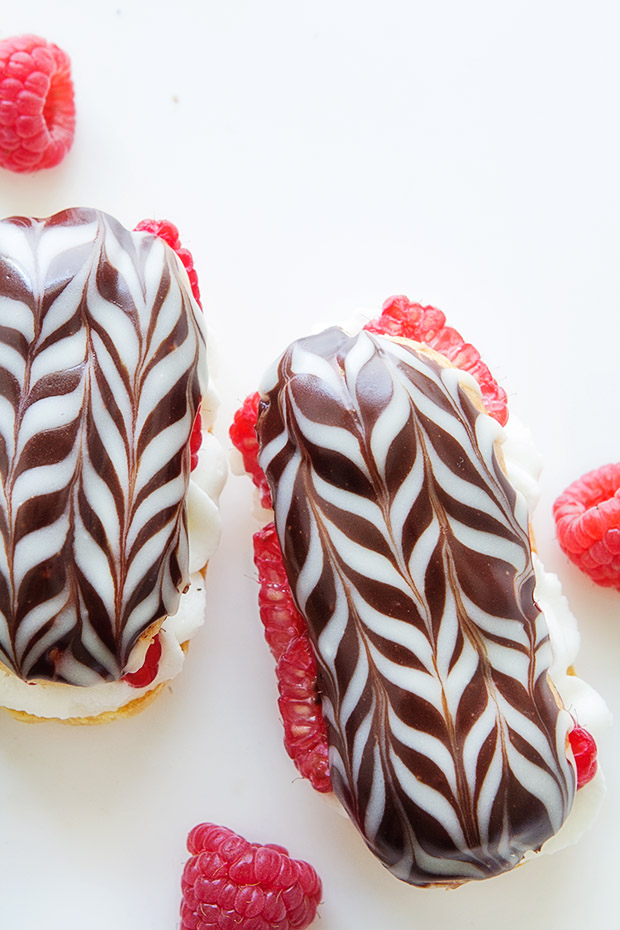 Preparation: Heat oven to 400°F and line a baking sheet with parchment paper.