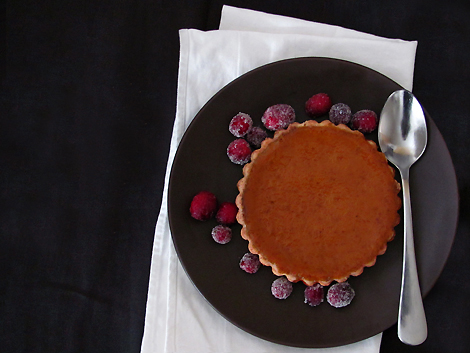 When I make pumpkin pie I make a lot so I’ll have leftovers. The recipe I use is simple and basic. The filling is from the back of  Libby’s Pumpkin Puree can—I’m not kidding. I’ve tried many variations throughout the years and still love this one best. I’ve made some minor changes and added a pate brisee for the crust (an all butter crust).

In the crust is my secret ingredient, as my friend Jenny calls it, it’s so minor I’m a little embarrassed it’s even referred to as that. In any case, the secret is I sprinkle finely grinded pecans with some cardamom on top of the rolled out crust.  Then I give it one last roll over with the rolling pin before fitting it in the tart pan. This slight touch gives the whole pie an added depth of flavor. 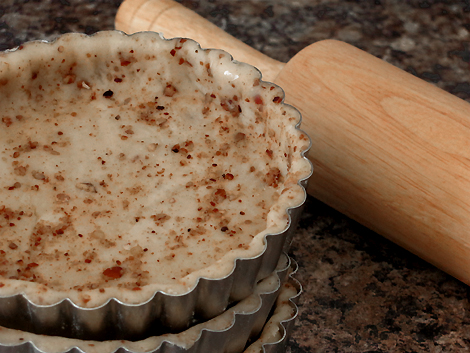