This is the easiest no-bake Nutella tart created with an icebox style. These are like little bites of Nutella happiness, so grab a glass of milk sit back and have a few. 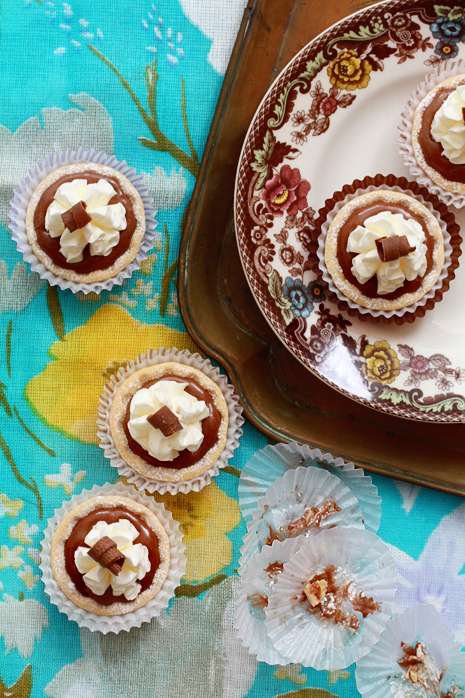 I just realize this is a no-bake back-to-back post. But I’m all about fast and easy lately. With recent addition of tee-ball and homeschooling to the already hectic schedule I’m keeping it simple in the kitchen until I can find my pacing once more. And for those wondering, no I’m not planning on home schooling my son. It’s a necessary thing right now to keep his lottery number for the traditional classroom style kindergarten.

These little Nutella Tarts couldn’t get any easier. All I did was fold in Cool Whip to the Nutella to lighten it up. While you can skip the white chocolate buttecream for some simple whip cream I don’t reccomend it. My first run of this recipe I did just that—I finished with whip cream. But I wasn’t crazy for it— too one dimensional, flat. In the second run, I thought maybe some texture would help, so I added Hazelnut filled wafers. That didn’t work, the wafers became soggy. So I came back to my original thought of just pairing the Nutella tart filling with a white chocolate buttercream and since it’s a Swiss Meringue variation I was able to keep the lightness of the whip cream. Bingo. Problem fixed.

As an aside, for those of you who are waiting for the next vanilla cupcake testing, I’m moving that to Fridays. So stay tuned because this week I’m testing out Cooks Illustrated vanilla cupcake that will be followed by a the rose cupcake tutorial that I mentioned a while ago. Yep, I finally just got around to completing it – sorry, for the delay. 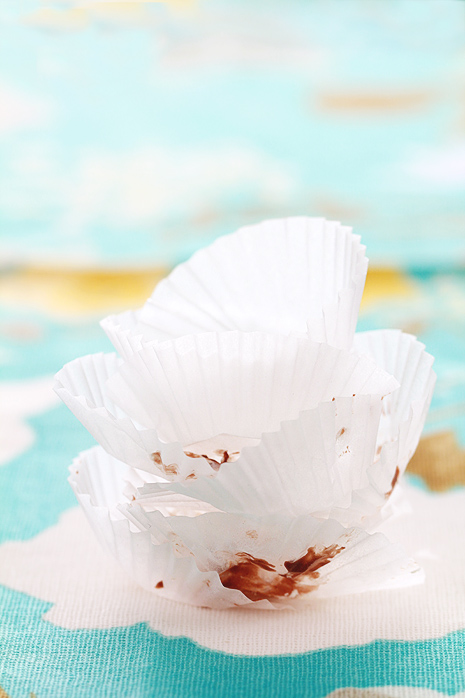 Place Cool Whip and Nutella in a bowl and fold to combine.

1. Place white chocolate and heavy cream in a heat proof bowl over simmering water and stir to melt; set aside
1. Combine egg whites and sugar in a bowl placed over simmering water. Bring mixture to 160 degrees F while whisking constantly.
2. Transfer mixture to stand mixer bowl, fitted with a whisk attachment and beat on medium high speed (speed 8 on a KitchenAid stand mixer)until mixture cools and doubles in volume and forms stiff peaks; about 10-12 minutes.
3. Add butter in one piece at a time, mixing to incorporate after each addition. The mixture may appear clumpy and almost curdled looking-this is normal. Keep mixing and it will become even and smooth again. Add salt and vanilla and mix to combine. Add cooled white chocolate and mix to combine.

1. Dust tart shells with confectioner sugar. Place Nutella filling in a pastry bag or a Ziploc bag and cut on corner, pipe filling into tart shell and then pipe white chocolate buttercream on top.