Baked Mini Cake Donuts ~ Donut coupled with the word “baked”, um yeah, I’ll have another. Throw on some rainbow nonpareils and I’ll have a few more. 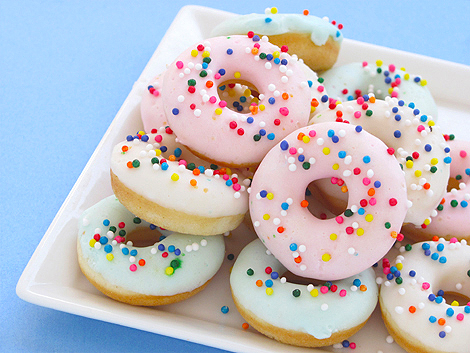 Now you can see why I was so excited to get this pan for my birthday, of course so were my boys.

These mini donuts are fun and easy to make. And since this was my first time making donuts I followed the recipe on the pan. I have to admit, the recipe didn’t impress me enough that I would follow it next time. But when I’m trying something for the first time, I generally like to stick to the recipe then doctor it up after I tried it once.

Having said that, you will most likely see a few more donut recipes from me, since I love this pan and love making them.