I have always been a sucker for food on a stick. So when I was conceptualizing a pie pop recipe, I wanted something that was a twist on a classic pie recipe with an eye catching finish—because no ordinary pie pop would do! 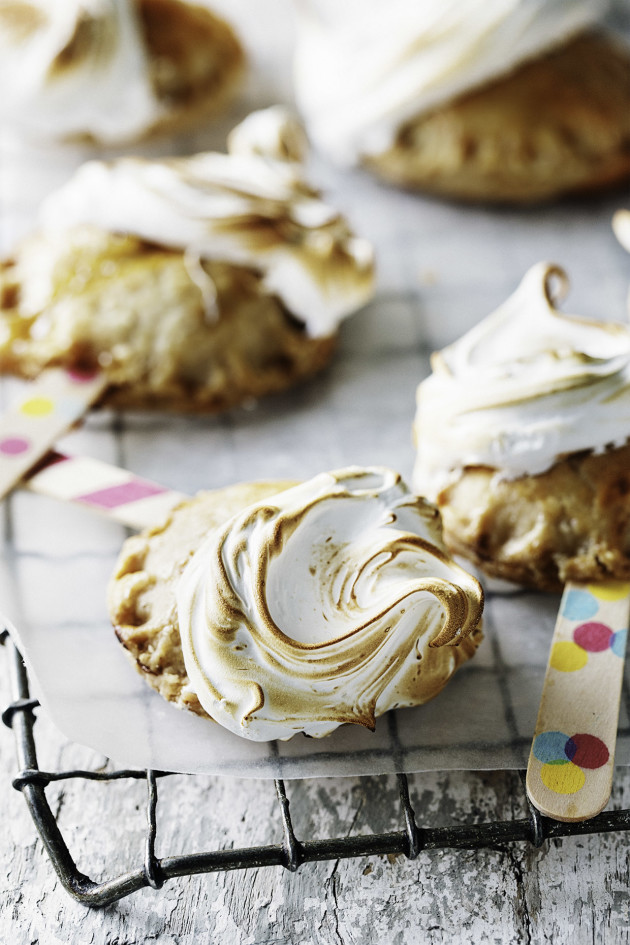 These Lemon Marshmallow Pie Pops were the result, a twist on the classic lemon meringue pie. It took almost every bit of self-restraint not to share a sneak peek of these on social media when I came up with idea about a year ago. A year ago!

If you have my cookbook then you’re already familiar with this pie pop. If you don’t, go buy it because there are all kinds of fun recipes like this. Speaking of the book, can you believe it is one day shy of being two weeks old? Crazy! 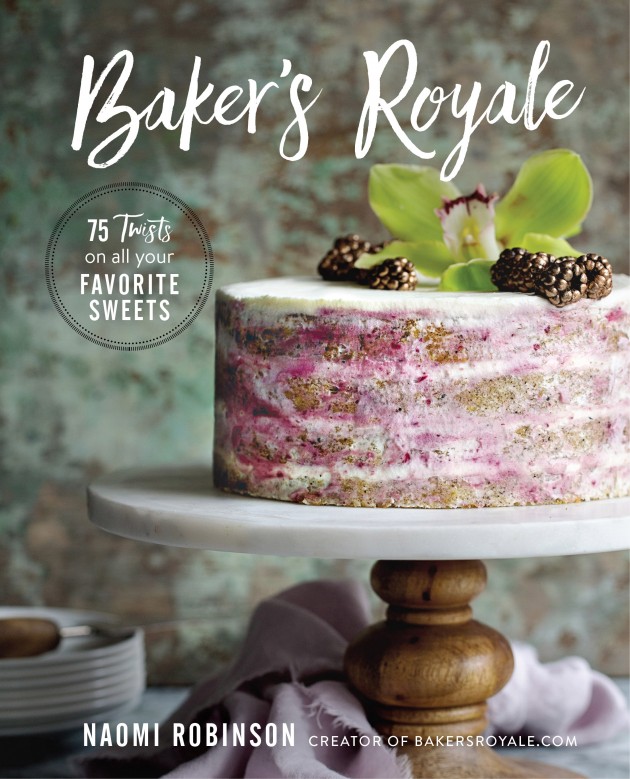 Now here is the update that I mentioned in the title of this post : I have not been able to run the mixer giveaway as mentioned in this post, because up until a yesterday, I’ve been locked out of my Facebook account. The kind of lock out that requires you to take a photo holding a white sheet with a series of  numbers Facebook issues (think mug shot). Apparently, there is some facial recognition software they run to validate you and your account.

I don’t know why, but I find that totally invasive and downright creepy that that type of technology is so widely available—such a lost of privacy. But I can’t rail against it too much because it did help me get back into my account.

In any case, the mixer giveaway will run next week and I will republish the details for entering two days ahead. My apologies for the delay! As a make good, I’m sharing another recipe from my book.

On a lightly floured surface, roll out each dough disk to 1/8-inch/3mm thickness. using a 2 1/2-inch/6.5 cm biscuit cutter, stamp out a total of 16 to 20 circles, without re-rolling the dough scraps. Whisk the egg together with 1 tablespoon of water. Brush the borders of the dough rounds with egg wash. Lay one end of a wooden Popsicle stick flat over each dough round. Place 1 tablespoon of lemon curd in the center of each pie dough round, leaving a 1/4-inch/6mm border. Place a second dough round on top and crimp the edges with fork tines. Brush the top and bottom sides of the pie pops with the remaining egg wash. Continue assembling the pie pops from the remaining dough and lemon curd.

Bake for 10 to 12 minutes, or until the crust is golden brown. Remove the pie pops from the baking sheet and transfer to a wire rack to cool completely.

In a food processor, pulse together the flour, sugar and salt. Add the butter and give the mixture 2-second pulse, 3 or 4 times, until the butter is size of small peas. You may need more less time, depending on your machine. Measure out the water in a measuring cup, then add the cider vinegar and enough ice to reach to ½ cup/125 ml measurement.

Add 2 tablespoons of the ice water mixture to the flour mixture and pulse a few times incorporate. Continue adding the water mixture1 tablespoon at a time, pulsing a couple of times after each addition. You should only need 1 or 2 more additional tablespoons. The mixture should look slightly dry, almost like streusel topping.

Transfer the dough to a lightly floured work surface and form it into a 1-inch/2.5 cm-thick disk. Wrap in plastic wrap and refrigerate the dough for at least an hour, ideally overnight.