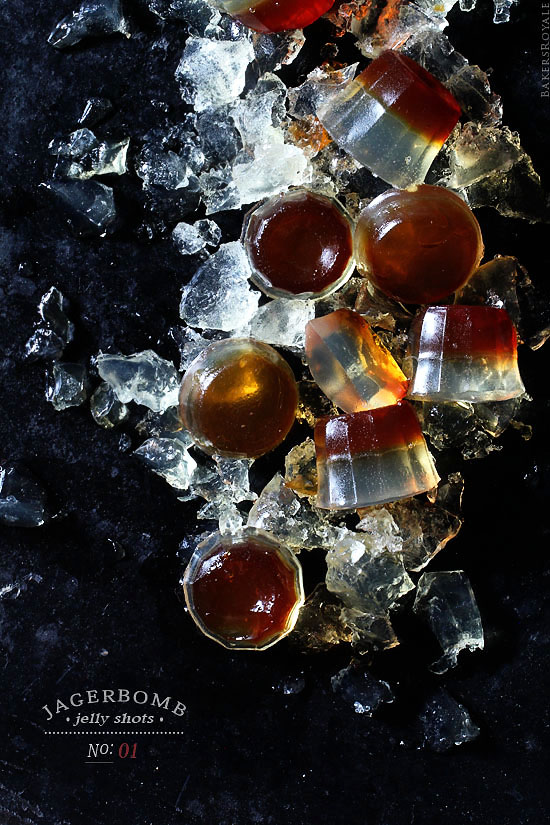 Yeah, this might be my all time favorite jello shot I’ve created. And even though Matt came up with the idea of a Jagerbomb jelly shot, I am taking full credit. See, every year we kick off football season with friends and I am traditionally expected to make a Jello-shot. This year, in the midst of complaining about my stalled brain, Matt blurted this out. I quickly snatched it up and got busy. Now it’s mine. Yes, I’m awful like that. Thank goodness I can turn out a good Jell-O shot so all is forgiven. 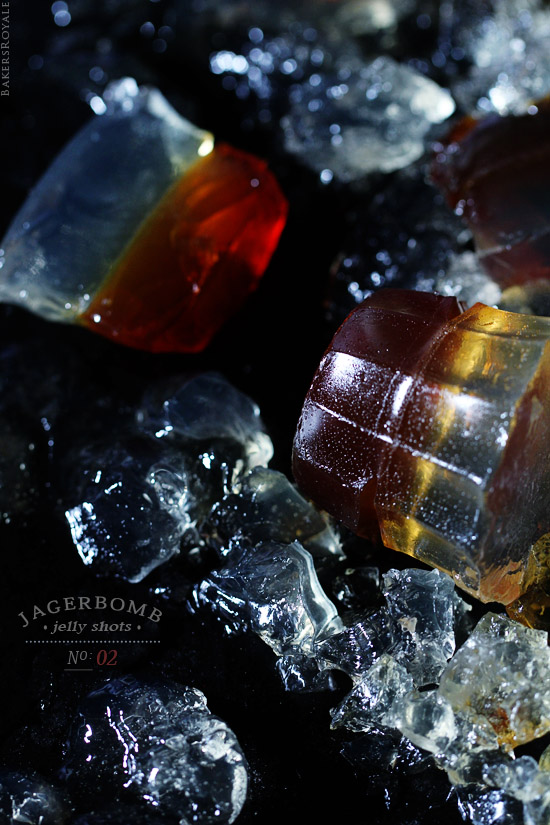 If not—have another, Babe. As for the rest of you, join me as I restart the annual Boozy Bites Series (expect more Jell-o Shots along with a few other small boozie bites until the Super Bowl). And remember, slurp and eat responsibly, these are called bombs for a reason. 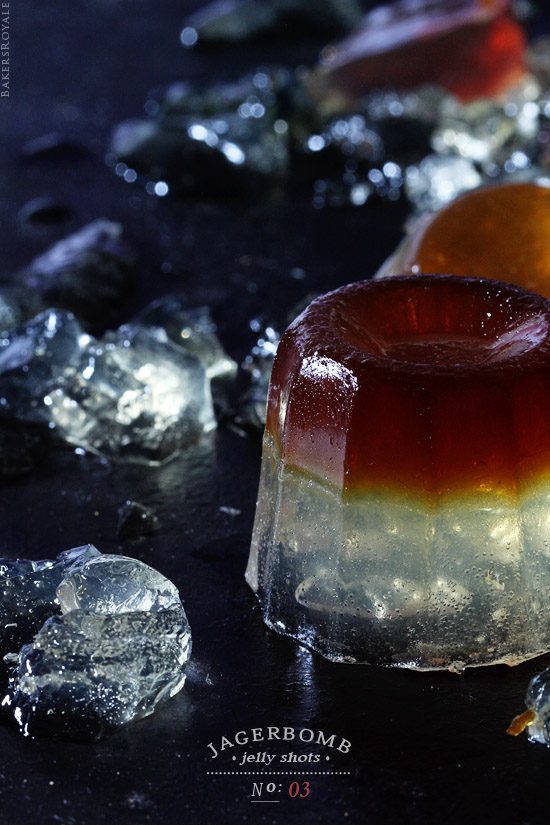 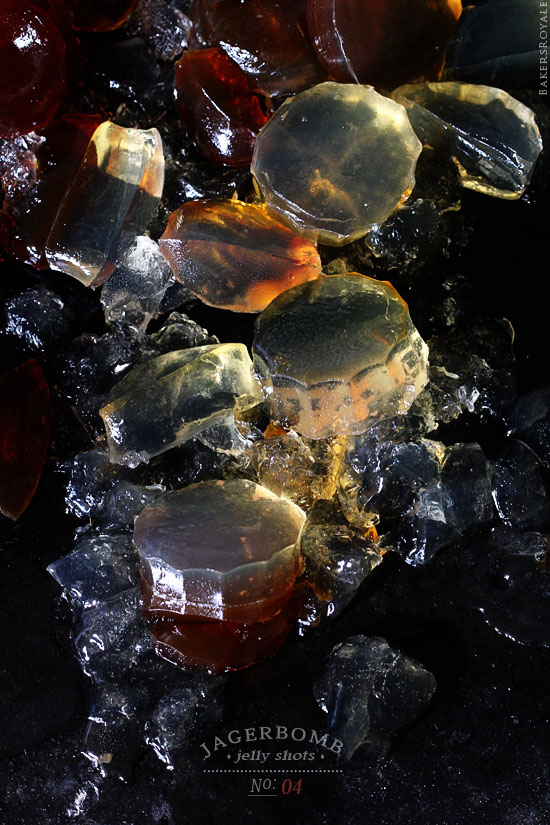 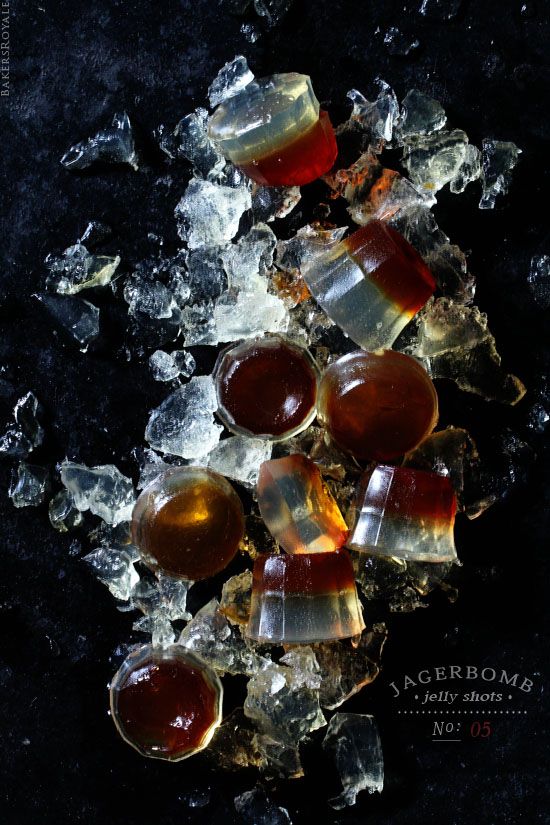 Preparation: Lightly spray mold with bake spray then gently wipe it down with a paper towel (a little non-stick spray goes a long way when it comes to jello shots).
« Gluten-Free Coconut & Blueberry Cake
Weekend Edition »

Error: Access Token is not valid or has expired. Feed will not update.
Skip to Recipe