Who wants more bark recipes? Yo, I got one, how about cool mint in a chocolate bark? Adding to that is a crunchy layer of chocolate wafers in between the dark chocolate and the minty white chocolate. Finishing it all off is a heavy sprinkling of crushed Andes Mint Chocolate. 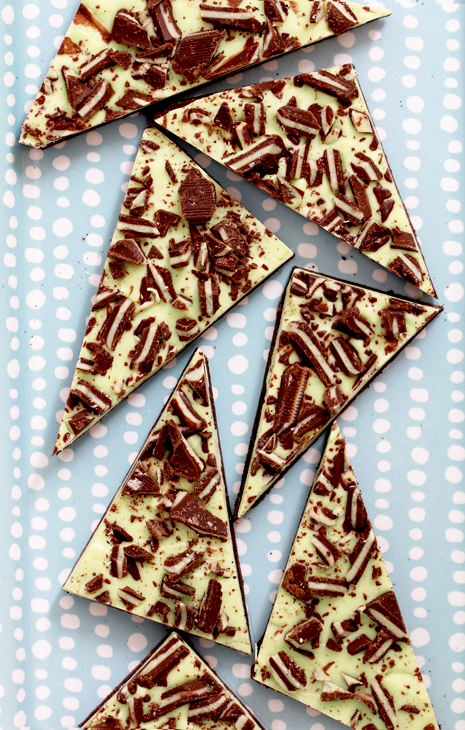 Well so much for easing up on the bark, right? But then again you guys asked for more, so yeah, I’m all for it! Whoo-hoo to more bark. And guess what, since I have about 6 dozen more bark recipes, I’ve decided to flip it into a Holiday Bark Series. Yup, so expect to see one bark recipe every week until January.

I love mint chocolate, and as it is, it’s also a family favorite in my home, so of course this was a big hit. I betting if you love mint chip anything you will also love this.

Now that we’ve agreed the bark series is official, let me know if you have any requests in the comment section. 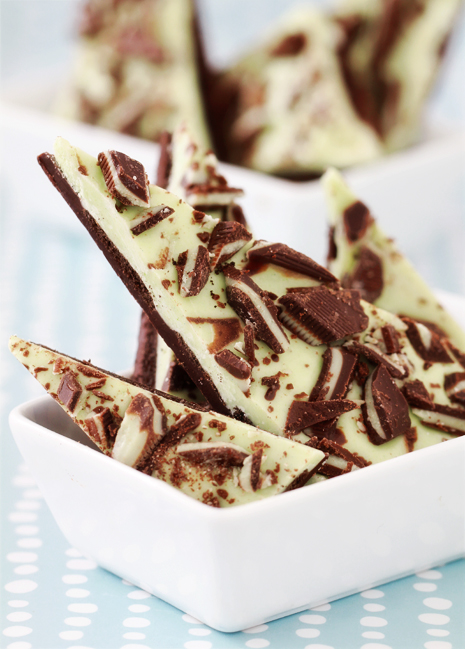