My four letter happy word  I want to share with you today is: bark. Starting from the bottom you’ll find a dark chocolate layer kicked up with a bit of cherry extract and then for a more teeth grabbing bit of black forest authenticity, I added Kirsch soaked dried cherries. Providing a textural interruption between the black and pink chocolate layers are chocolate wafers. Pink? Yes, pink. That’s white chocolate lightly dyed for some whimsy and decorated for a final touch. 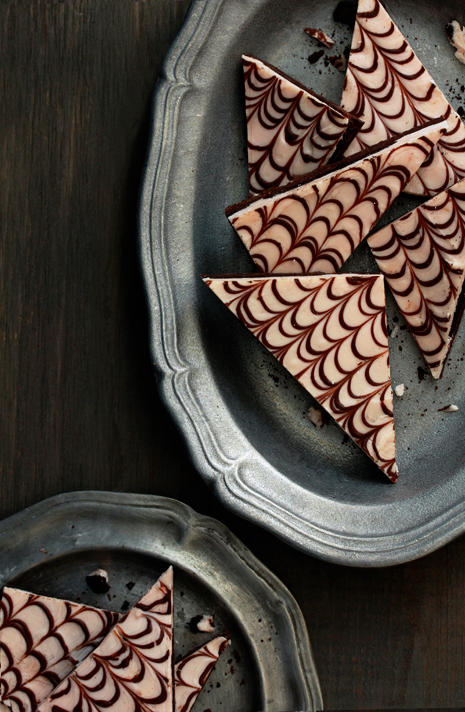 So this is going to be short.

Like goodbye-now short, since I know most of are probably in the middle of Thanksgiving day planning and prep.