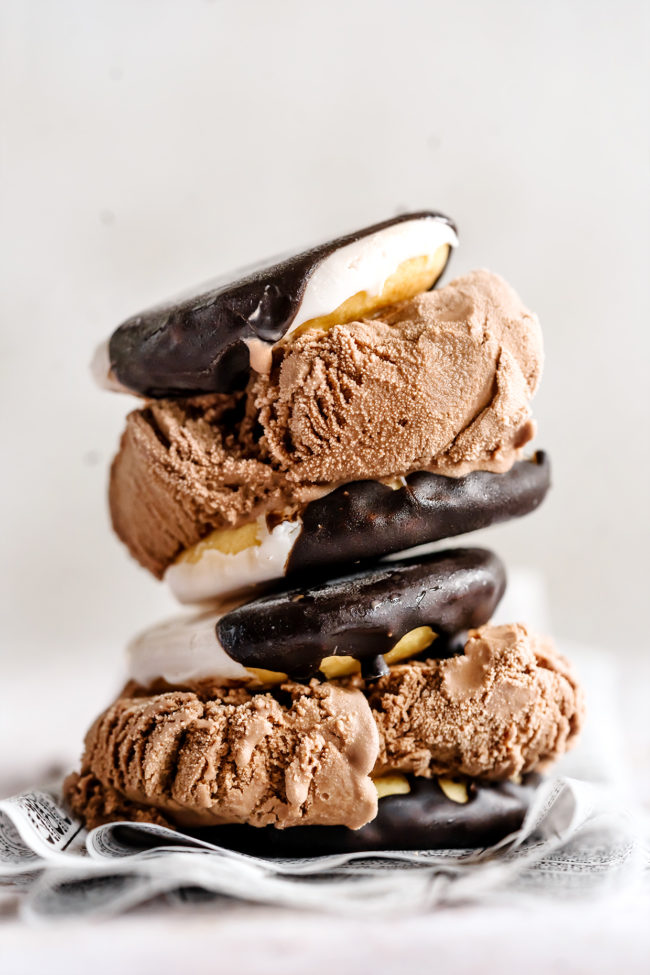 **This recipe is sponsored by Guinness.**

I know nowadays, anything involving a few extra steps is likely to be passed by, but trust me when this lazy baker tells you – this one is the worth it! Besides, it’s not so bad if you break everything down into bite size pieces. 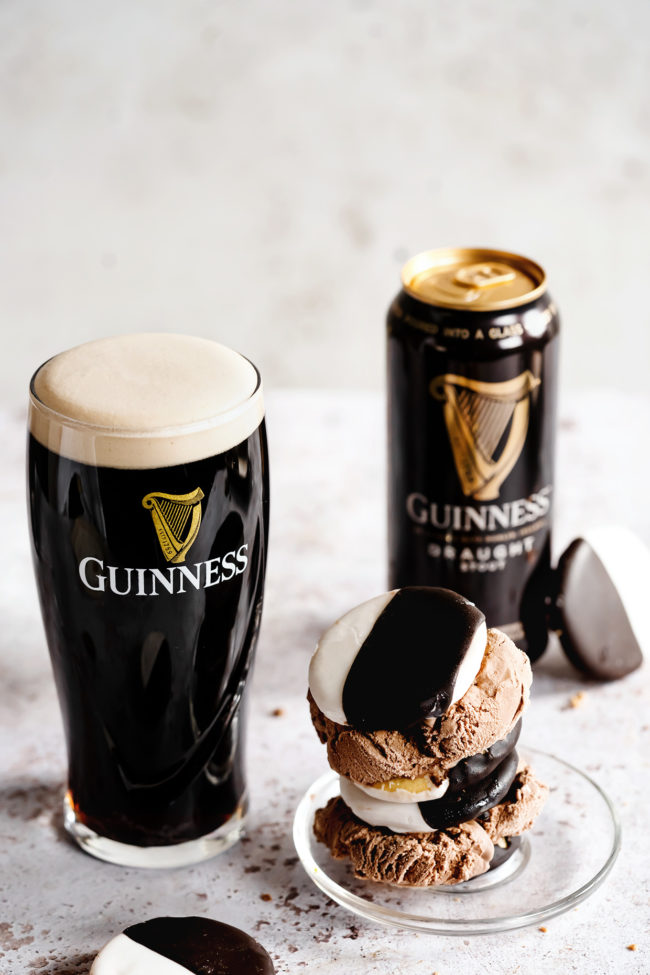 Like most things in life, planning is key. You don’t want to be stressing out or multi-tasking when you’re working with temperature sensitive recipes. That said, here’s your timeline for success: 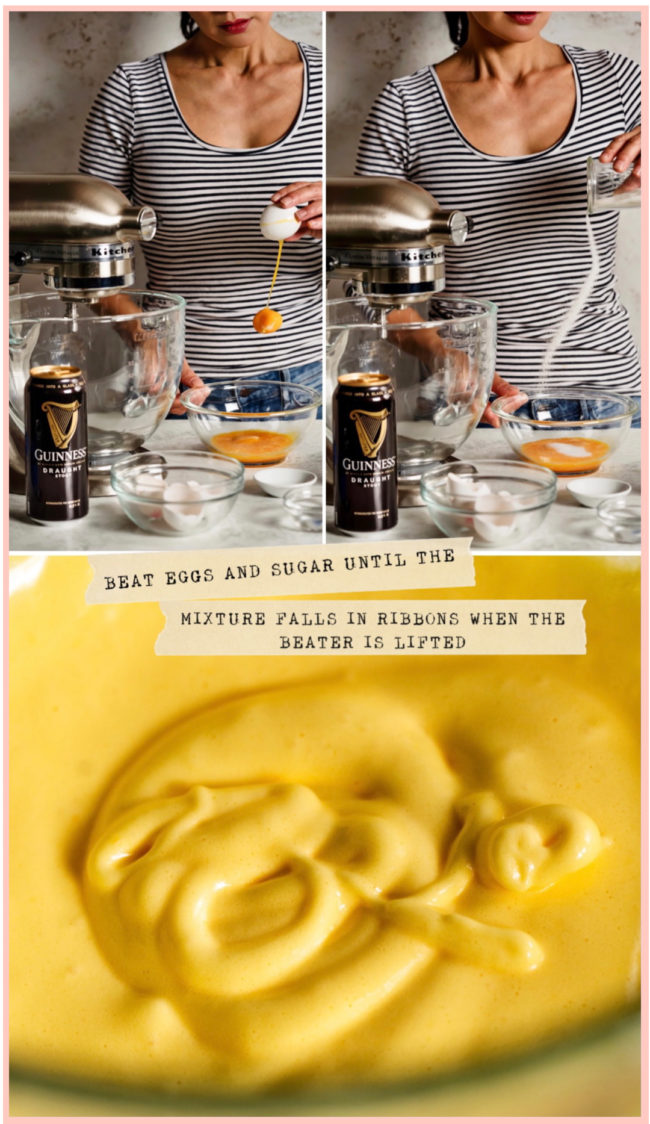 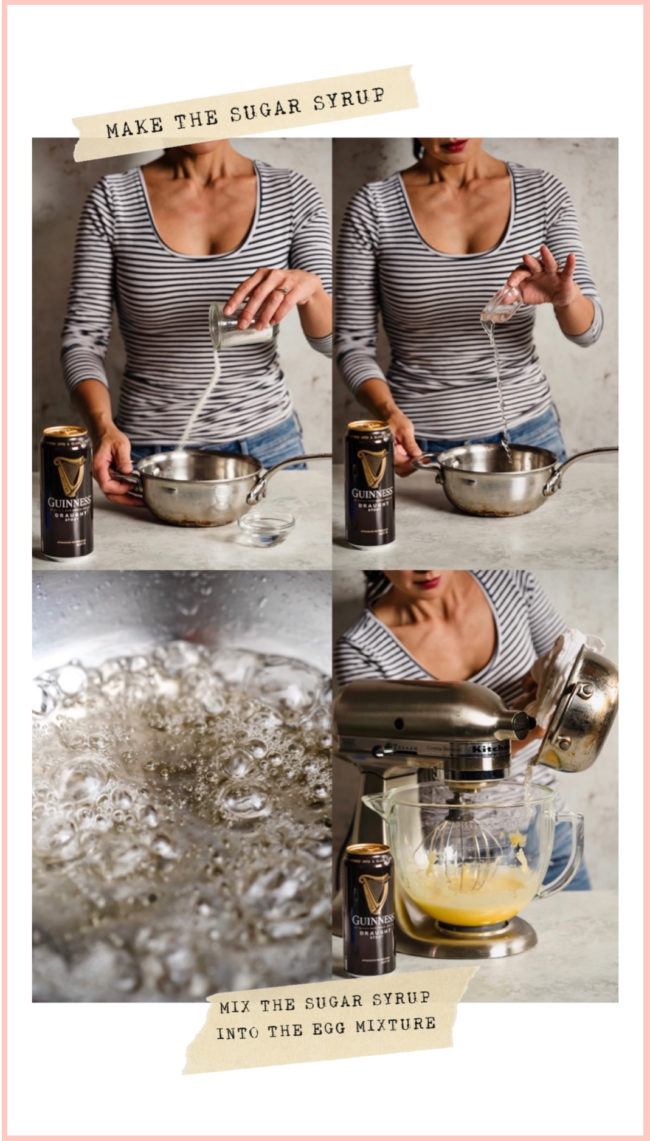 See how digestible and doable this recipe is. For those wondering what in the world sabayon is. It’s a mousse-like sauce that’s the French version of the Italian zabaglione. There is lots of room to dive deeper into the last sentence, but that’s another post. For this post, sabayon serves as the foundation for the Guinness chocolate ice cream. 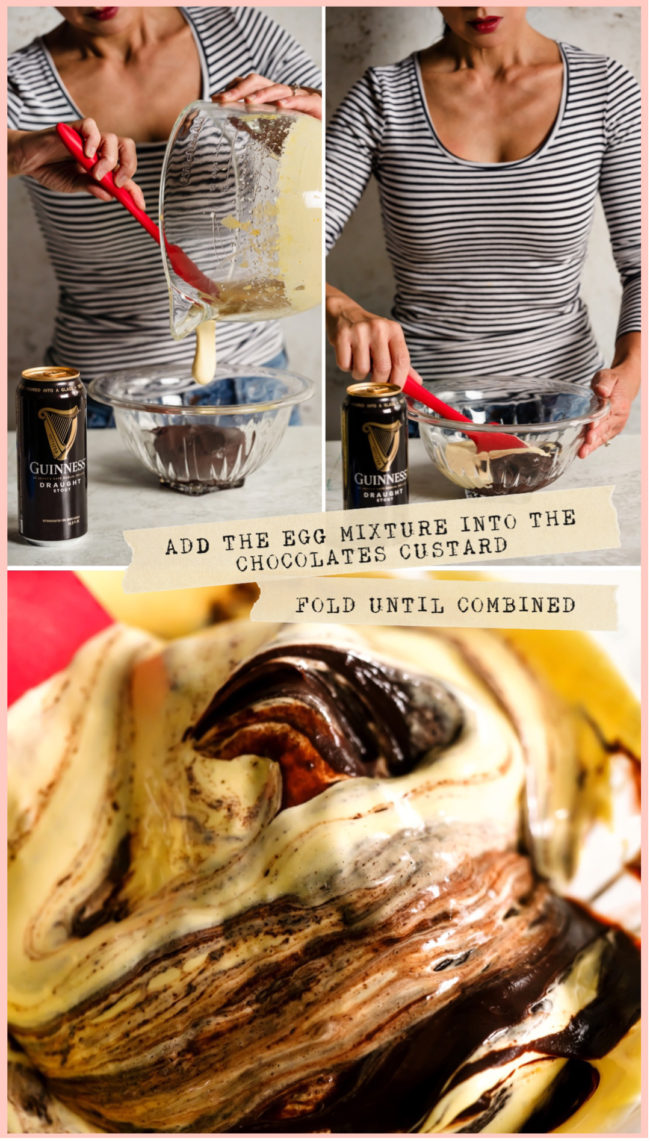 Now that you have all the details, grab your Guinness, print the recipe and let’s do this! 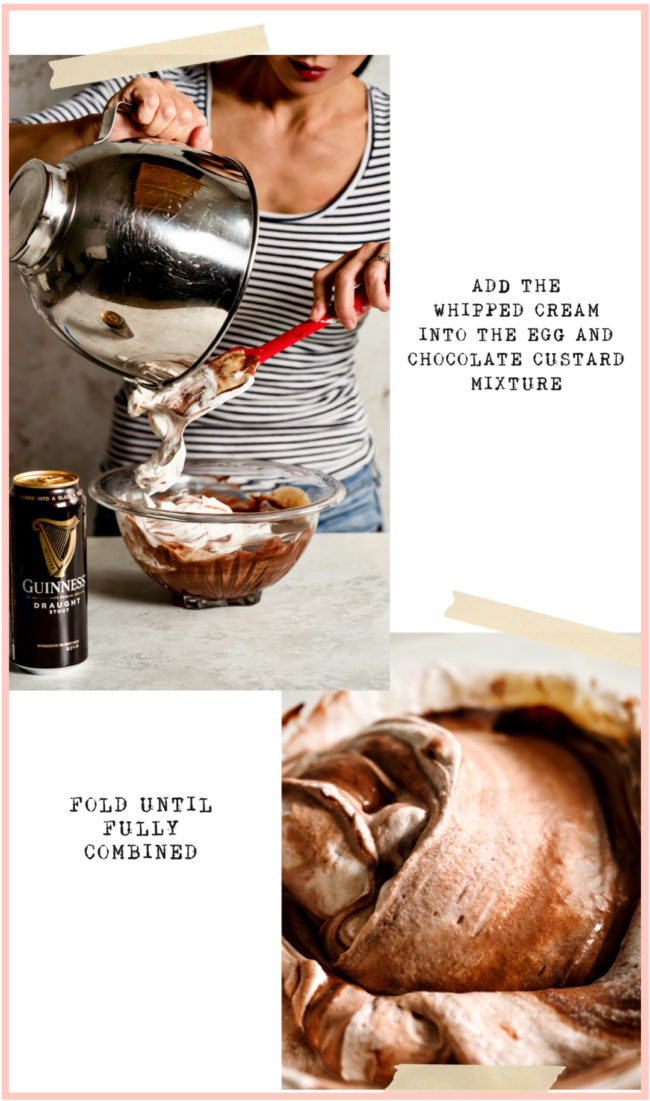 To make the whipped cream: In a large metal bowl, beat together cream and 3 tablespoons sugar until soft peaks form. Transfer to the refrigerator to keep chilled.

To make the egg mixture: In stand mixer fitted with a paddle attachment and on medium high speed, beat the eggs and ¼ cup sugar until mixture falls in ribbons when the paddle is lifted, about 5 to 7 minutes.

In the meantime, place a saucepan over medium high heat, add
the water and remaining ½ cup of sugar, stir just until the sugar is moistened. Let the mixture cook without stirring, every now and again, using the handle tilt and swirl the pot. Bring the mixture to 245 degrees F, about 3 to 4 minutes.

Remove the whipped cream from the refrigerator and fold it into the chocolate-egg mixture until homogenous.

In a medium saucepan, over medium heat, stir together the Guinness Draught and 3 tablespoons sugar. Bring mixture to a bowl and reduce by one-third. Remove pan from heat and stir in heavy cream, cocoa powder, chocolate, remaining ¾ cup granulated sugar, butter and brown sugar.

Return pan stovetop and over medium low heat, cook and stir
continuously until mixture just starts to simmer around the edges, about 8 to 10 minutes.

In large bowl, whisk together egg and egg yolk. Temper the egg mixture by adding in 2 tablespoons of the of custard while whisking vigorously and constantly. Continue to add 2 tablespoons at a time and whisk for at least 30 seconds after each addition, up until one-fourth of the mixture is added. Then whisk in the remaining chocolate mixture.

Pour mixture into an 8-inch round pan. Transfer pan to the
oven and bake for 15 to 20 minutes.

In the meantime, prepare a water bath by adding water and ice into a large mixing bowl.

Remove the baked chocolate custard from the oven and scrape
it into a fresh mixing bowl and blend it with an immersion blender (or scrape into a blender and process until smooth).

Remove chocolate custard from water bath and place a piece of plastic wrap directly on the surface to prevent a skin from forming. Chocolate custard can be stored for up 4 days or frozen for a month.