I am in full holiday swing! First it was the Peppermint Mocha Cupcakes, then Gingerbread Latte Cupcakes, and now Eggnog Cupcakes. I’m thinking you will really like this one.  Boozy or not, you choose-but don’t skip the eggnog in the cupcake. The added fat and cream from the eggnog along with the flavor turns an ordinary vanilla cupcake into a cheerful holiday treat. Topping off this holiday treat is a spiced rum buttercream frosting. 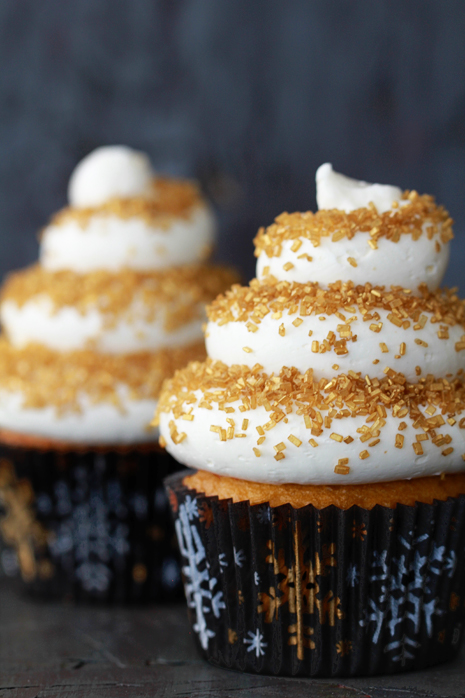 This past weekend I was getting ready to roll out some dough, but in a rush I very clumsily dropped my marble pastry board and it broke. Seriously, how does one break a marble board? 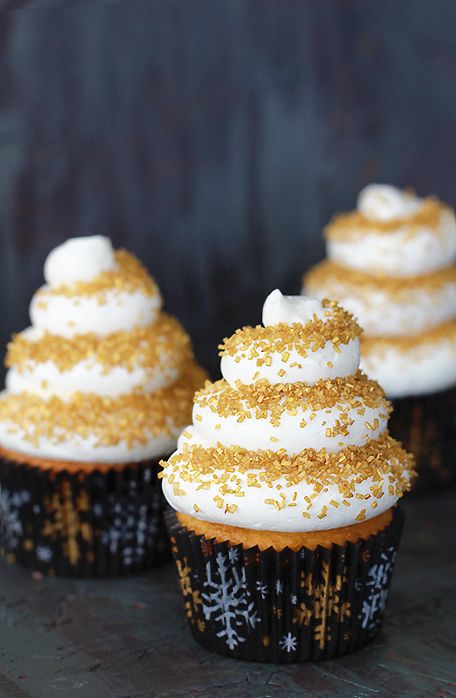 I’m not sure, but I did and I was not looking forward to fighting my way through a holiday shopping crowd to get into William Sonoma for just one item. But here’s the thing, forget the Powerbars and health drinks, a good energy shot requires a cupcake. Don’t let anyone tell you otherwise.

A nice sugar rush will provide you all the energy you need to get moving. Don’t worry about the sugar crash, if you feel your energy starting to level off-have another cupcake, cookie or something sugary. Do that enough times and you will be well conditioned to avoiding that so-called “sugar crash” or “sugar blues”.

. . . Of course consult your doctor before endeavoring on any dietary changes. 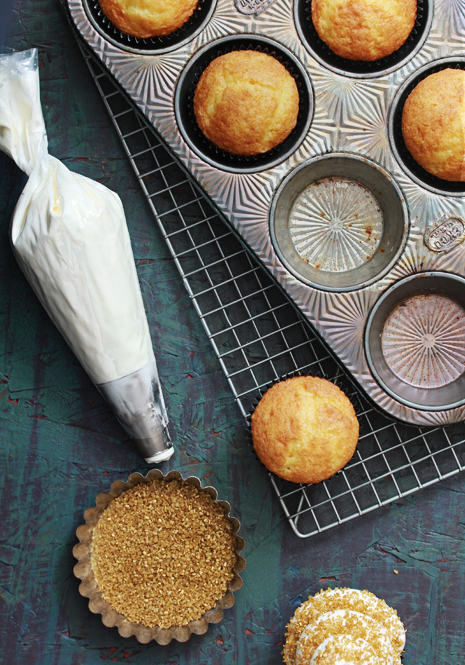