I guess I could’ve called these drunken banana bites, after all it is a chocolate covered banana bite dipped in rum caramel and wrapped in toasted marshmallow. And yes, I know,  there’s a lot going on in this banana dessert recipe, but it’s all things you should try—in one bite. I can’t even tell you what possessed me to put together such a beautiful mess, but I’m glad it did come together. 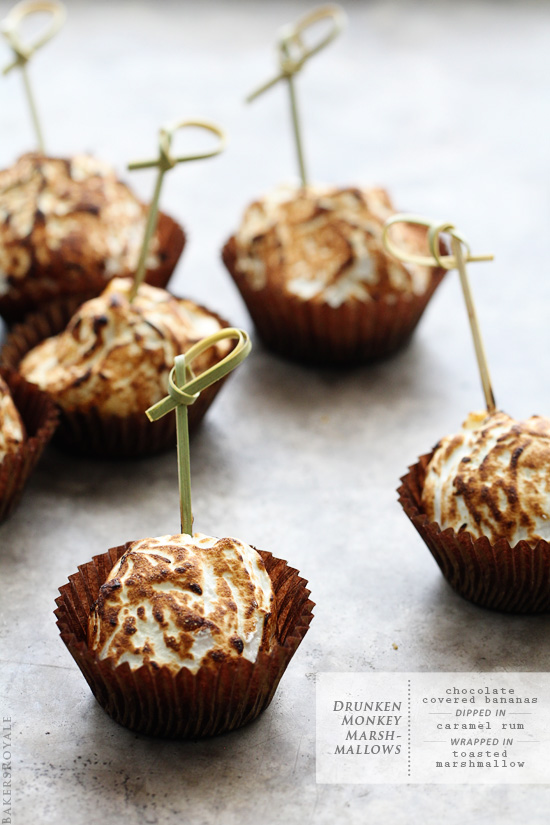 Because while I was assembling this, my impatience led me to eat about one for every three I assembled. By the time I was done, I had ended up with a lot less than I intended. Apparently self-control is an issue sometimes, but really do you blame me on this one? Lucky for me, they weren’t for any occasion other than I was craving it.

As for the slight variation in name—drunken banana bites vs drunken monkey marshmallows, I wasn’t sure what to call this, so I put a query out on Instagram and I had some great suggestions. The best one was from  Lindsey of Café Johnsonia. I love the name Drunken Monkey Mashmallows! While we are talking about her, head over and check out her blog–it’s way cool. 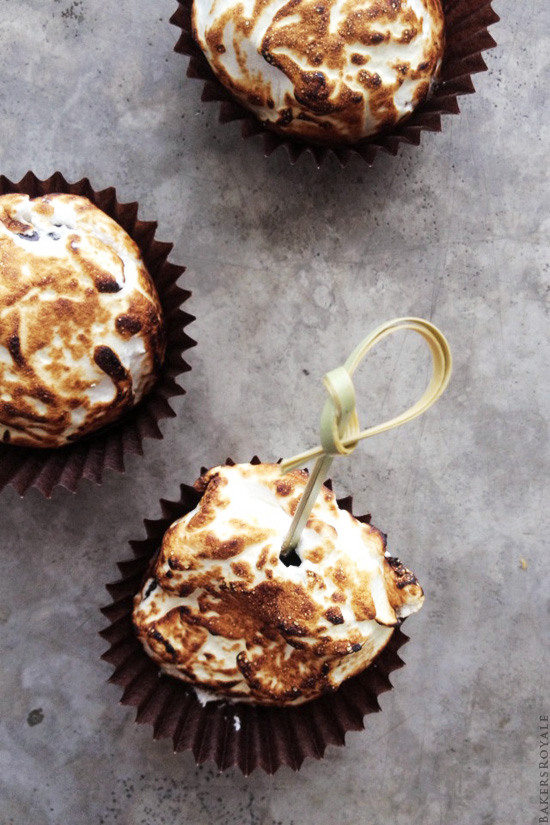 And here are some step-by-step photos. Sorry for the bad quality—iPhone shots under bad lighting conditions—but you get the idea. 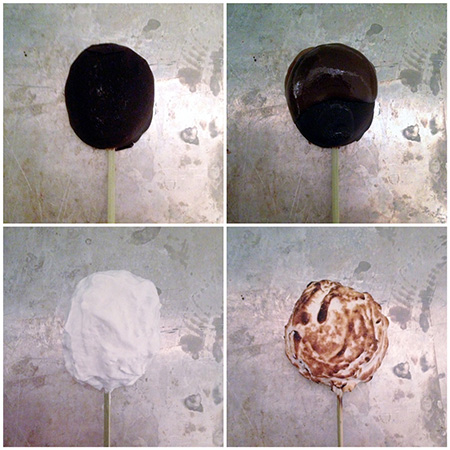