This cake has all the holiday scents and spices wrapped in a nutty brown butter cake and finished with a splash of tart cranberries and evened out with some chopped pears.

Too bad it was 80-plus degrees this weekend. So while my cake may have smelled like Christmas, as Matt describes it, we both bemoaned the fact that it felt like summer. I couldn’t help it though, I’m one of those annoying people when Halloween is over I’m ready for the Christmas decorations to come out and play. Well since Halloween isn’t until tomorrow, I was itching to get started with some Christmas, so I baked a cake. 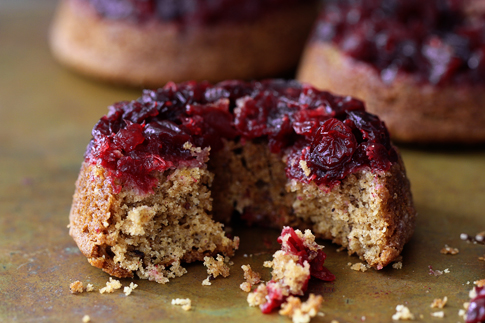 I should warn you, not only is this post long with pictures, but it’s long in text. I did some recipe testing this weekend on buttermilk vs. cottage cheese in this cake and I wanted share and chronicle the results, so grab a cup of coffee.

I’m sure some of you are wondering, cottage cheese? Yes-cottage cheese. If you are a regular reader than you know last year I made a  Fat Cinnamon Roll with a Vanilla Glaze. I was skeptical at first, but it was a recipe from Fine Cooking magazine, so I knew it couldn’t be off base. Sure enough the recipe delivered-big time. My family loved it.

Fast forward to this weekend and as I was writing up this recipe I thought why not give the cottage cheese another shot, but in a cake this time.

First run with the cottage cheese yielded an unbaked cake center after 90 minutes while everything was turning a dark brown. Second run, I decided to place it in a pan that would conduct heat at the center from the get go. Enter the angel food cake pan-bingo that fixed the center. 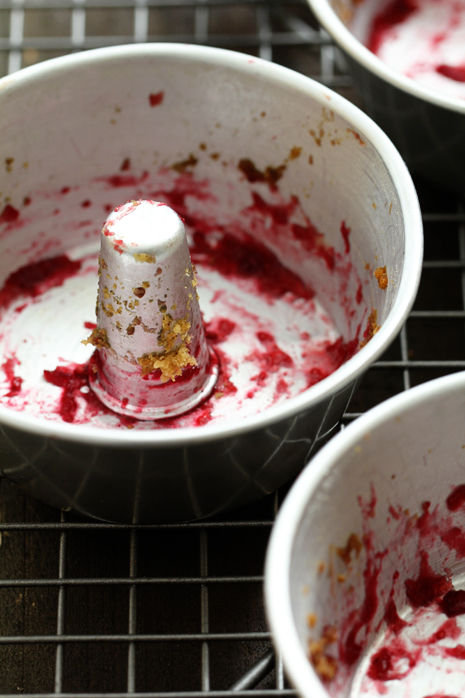 Having fixed that portion of the recipe I moved on to tackle the flavor. I had mixed opinions on the cake being spiced just right and it being a tad too spiced. With that, instead of dropping the spice measurements, I tired off-setting the spice with another flavor: almonds.

If you’ve been reading you know, I’ve been on a kick of using Blue Diamond’s Roasted Salted Almonds in my baked goods. I love eating them straight out of the bag, but I especially love them in baked goods. They give everything a nice sweet and salty combo and using them in this cake was no exception. I took the almonds and finely ground them to make almond flour and then dropped the flour measurement to accommodate it. This minor tweak took care of the spicing and now I was ready to move on to the last part of the recipe testing . . . buttermilk.

Since buttermilk is more traditional in cakes. I wanted to test and see how using an all buttermilk would hold up against the cottage cheese and buttermilk blend.

Here’s the verdict. While the cake was still really good and moist made with all buttermilk, the cake made with the cottage cheese and buttermilk blend was hands down the winner by everyone who tried both cake versions.

The cottage cheese gave the cake not only a more tender crumb but a weighted crumb. The added density gives the fruit something to merry itself onto, so that each bite is balanced without any one texture dominating and it kept the tartness of the cranberries from racing to the front in flavor. 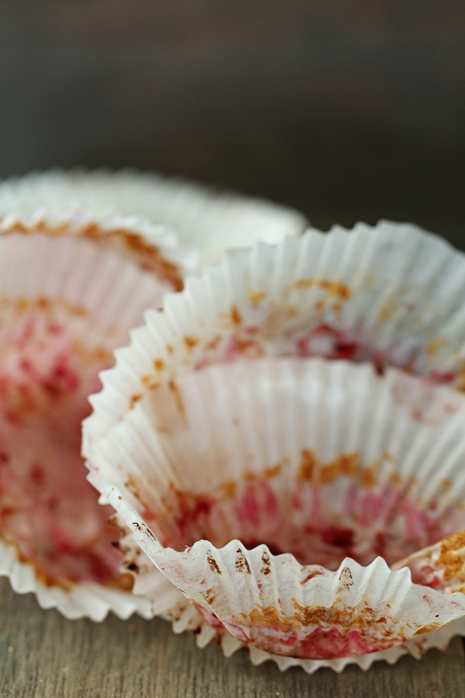