Coconut Raspberry Cake ~ Pure in flavor and simple in design this rustic cake is perfect for any time of day. 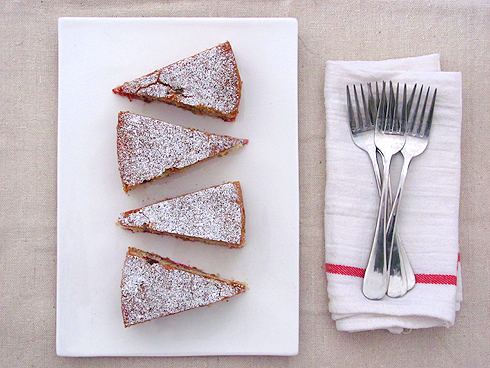 I have been eating this cake for breakfast, lunch and as a snack throughout the day. I love the subtle sweetness of the coconut paired against the bright fruity bite of the raspberries.

When I set out to create this cake I wanted it to be something simple and easy to make – a rustic cake that required no frosting or glaze. I also wanted to make sure the crumb would be less dense than a quick bread and lighter than a Bundt cake crumb.

After several test runs that included an exploding cake from too much leavener, a too dense cake from using the wrong fat ratio to an overbeaten cake, the fourth test run is what you see here. Perfectly light, seriously moist and full of flavor- I love this cake and I hope you do too. 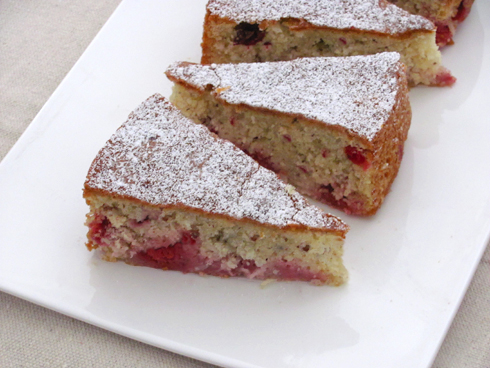 1. Mix baking soda into sour cream; set aside. Sift cake flour, almond meal and baking soda; set aside.  In a mixer fitted with a paddle attachment, cream butter, sugar and salt until light and fluffy. Add eggs one at a time beating after each addition until combined.

3. Bake at 350 degrees F for about 55-60 minutes or until inserted toothpick comes out clean.