I love twofer desserts like this chocolate sandwich cookie.Who wouldn’t want two cookies with a good smashing of chocolate frosting in the middle, right? Ahem, those ready to object please put your hands down (more on that in a bit). Where were we? Ah, yes, cookie sandwich. This is a meet-up of two classics: chocolate chip cookies and ganache, but with one small component that turns this classic on its side. The game changer: chipotle chili powder. 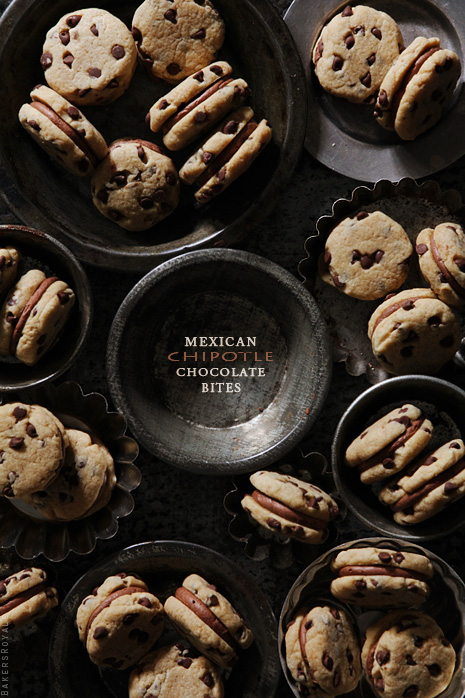 I know smoky and heat in a cookie? With chocolate? Yes, and yes. Think of it as a cup of Mexican Hot Cocoa but in a cookie form. Of course the chocolate is the anchor in this recipe, but around that you’ll find a faint smoky taste. If you haven’t had this combination, you are in for a good surprise. It draws you in and then quickly establishes itself as a flavor enhancer to the cinnamon and nutmeg in the cookie dough recipe, and mostly importantly, the slight heat from the chipotle chili flavoring gives the chocolate a boost in flavor by providing a strong contrast for the chocolate to rest upon. 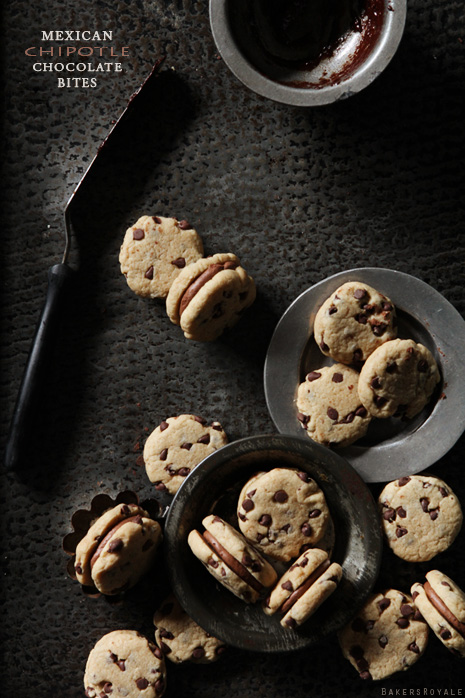 Now, lets circle back to the beginning of this post and talk about the naysayer aka a five-year-old who at first glance said, “Oh, you ruined the cookies. Why did you put frosting on it?” Of course like any good mom, I was determined to have him at least taste it.

Okay, so I had to bribe him —judge me. The verdict,”These are awful”. I’d like to say that by awful he meant weird, but he meant awful. After further probing, he explained “They just don’t taste like the ones dad buys.”. His dad buys Chips Ahoy Cookies. That’s his bench mark? Seriously? I’m sending him to reform school.

And I’m sending you guys over to Better Homes and Garden’s Delish Dish for the recipe, since everyone knows a 5-year-old is in no way an authority on anything that is contrary to Mom. 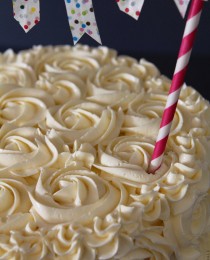 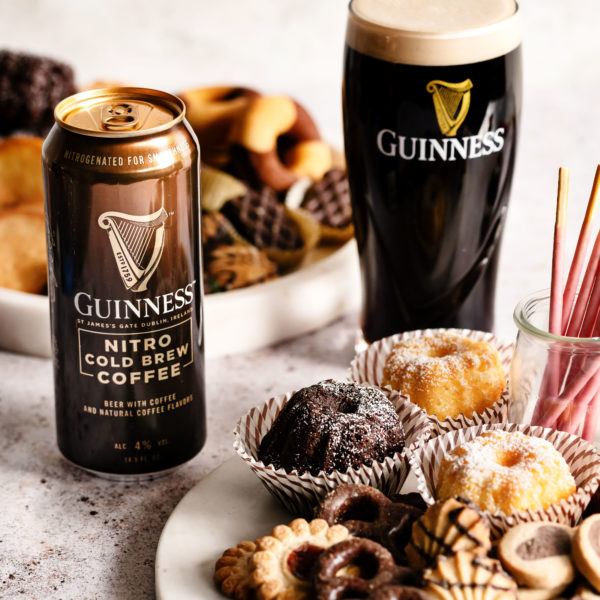 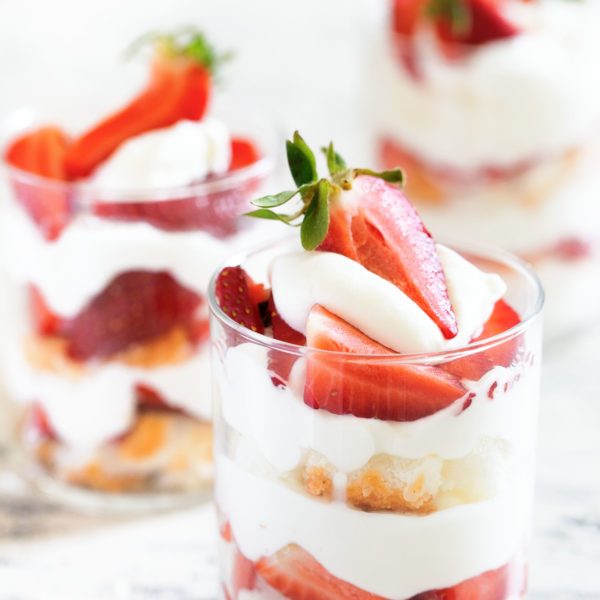