Alright, I know you are questioning, how strong can my love for mudslides be? Strong, a lot strong, so much that I’m working on a mudslide cake. For now, I am sharing an easy pudding shooter in a marbled chocolate cup for your game day grubbing or for whatever reason you may just want to enjoy these. 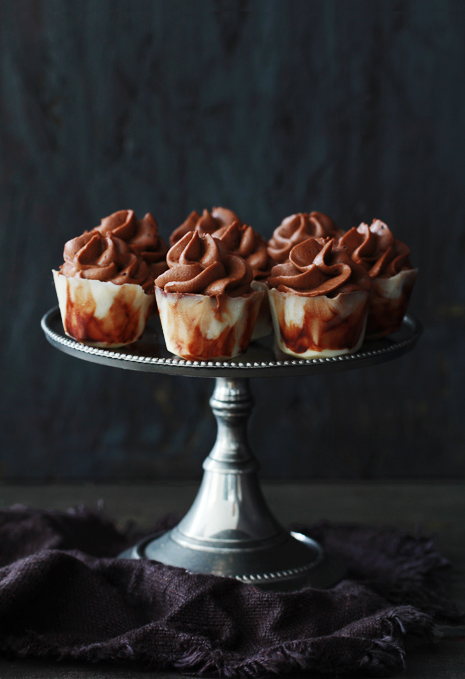 If you are a regular reader then you know I’ve made quite a few mudslides recipes. And since I’m running a Boozy Bites Series that will be featuring pudding shooters, I thought to kickstart the pudding shooter portion of it I would feature one my favorite drinks. 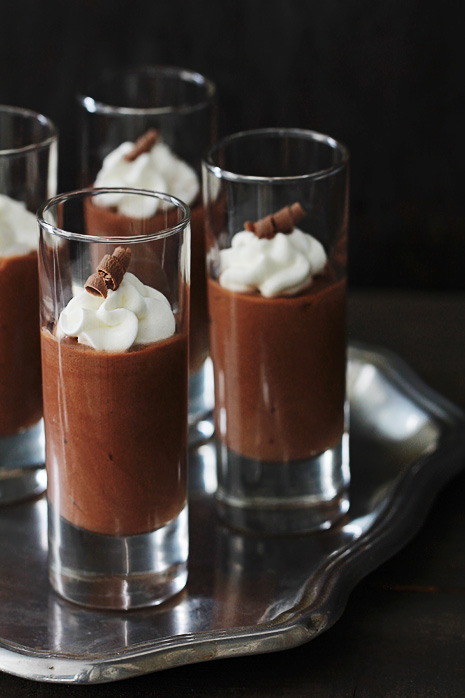 These are a fast and easy treat that you can whip up quickly. To shortcut the hands-on time further, just serve the boozy pudding mixture in a glass or tart shell. To make the cups I used a silicone mold, since they are more pliable and make for easy removal rather than the traditional metal or plastic chocolate forms. 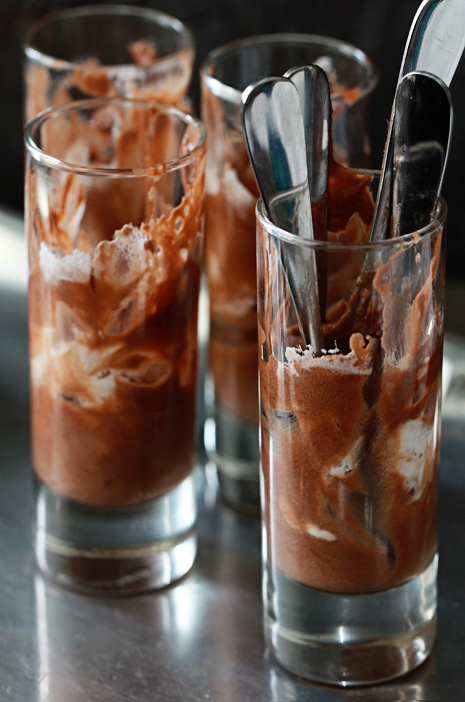 Now that I have featured all three types of desserts for the Boozy Bite Series (marshmallows, Jello shots and pudding shooters) I will be moving on to your requests next week.

1. Melt both chocolates. Using a small paint brush, lightly spot areas with semi-sweet chocolate. Then use a separate brush and cover walls of form with white chocolate transfer to freezer and chill for 5 minutes. Remove and apply a second coat and chill once more. The chocolate cups can be made 3 days in advance and kept at room temperature or stored in the refrigerator.

1. Fill a pastry bag with pudding mix and fit with preferred tip and pipe into chocolate shells.