These blueberry macarons have a perfectly crisp exterior with a chewy interior. Paired with a pear and earl grey filling, they’re impressive and delicious and totally worth the extra effort.

Once you start making macarons you will never want to stop which is where my Chocolate Macarons with Blackberry Filling and Cake Batter Macarons come in handy for some delicious variety! 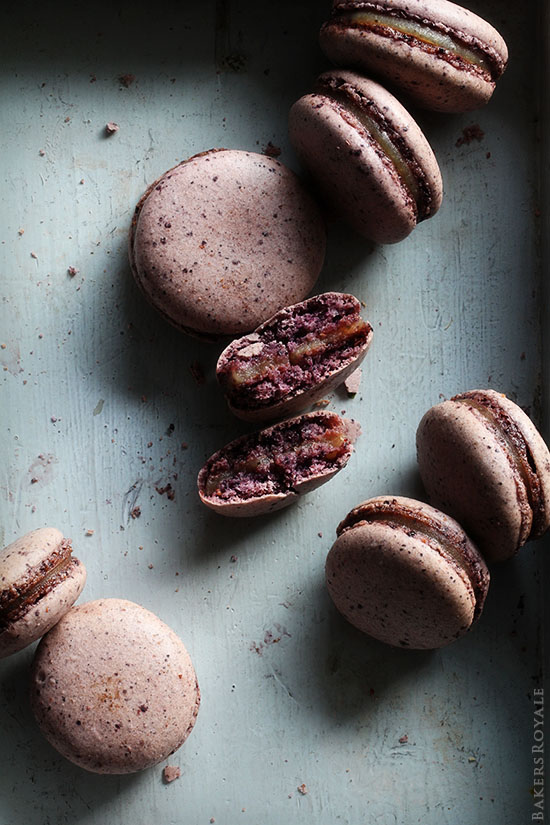 This week has been a draining onslaught of madness, excitement, and schedule derailments. Hello back to school, you slightly suck. Or maybe I do. 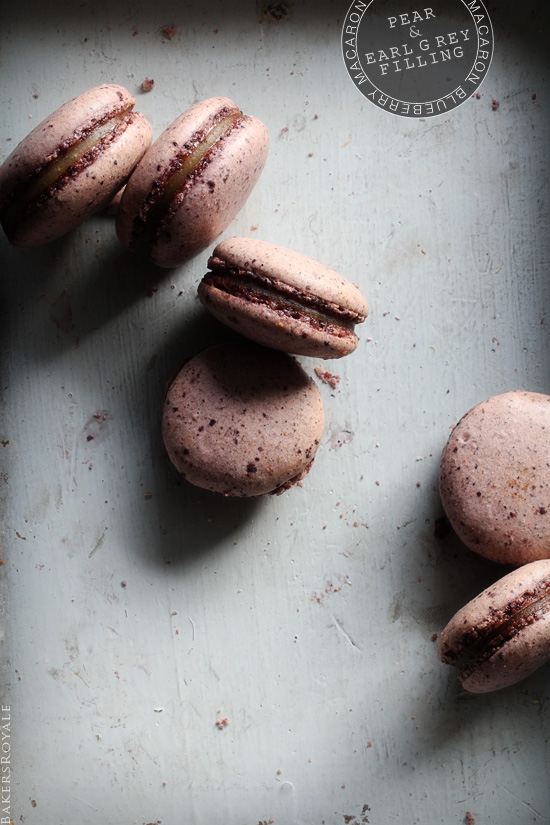 And while I’m on a roll, Matt convinced me to be the team mom for the little guy’s baseball team. Whaaa. . . ?? Last time I was team mom that played out like the movie Mr. Mom for Matt. Gotta love him for his confidence in me. 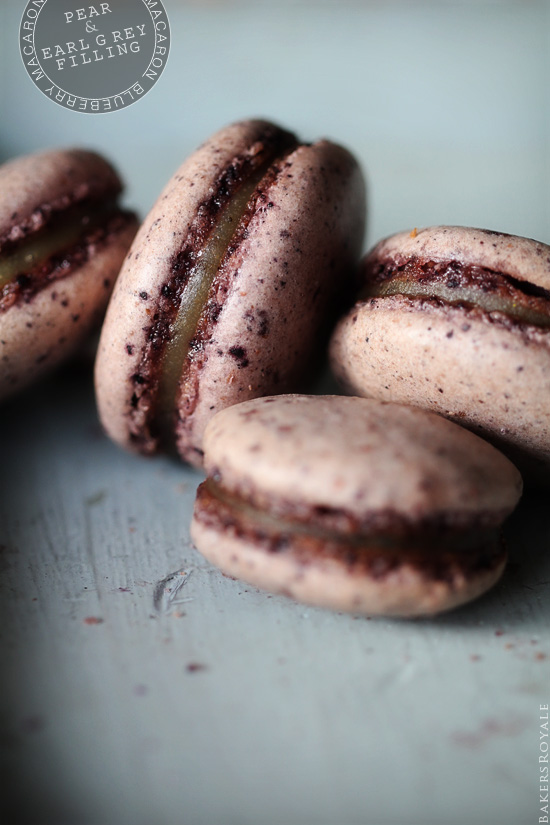 As for back to school, the first day of first grade happened this week and the little guy was eager, excited and a little nervous. Normal. We gave him his space and didn’t hover. Our quick good-byes were later returned with “Your son threw up, please come get him”.

Again, what? He never throws up. As it turns out he threw up in his mouth. That’s not even real and I told him so. Along with that, I dryly explained to him, “Pounding your chocolate milk then chasing it with a full juice box is like slamming a gin and tonic then chasing it with a pint of beer.” Okay, so maybe the latter was a silent mental flashback, but you get the idea. 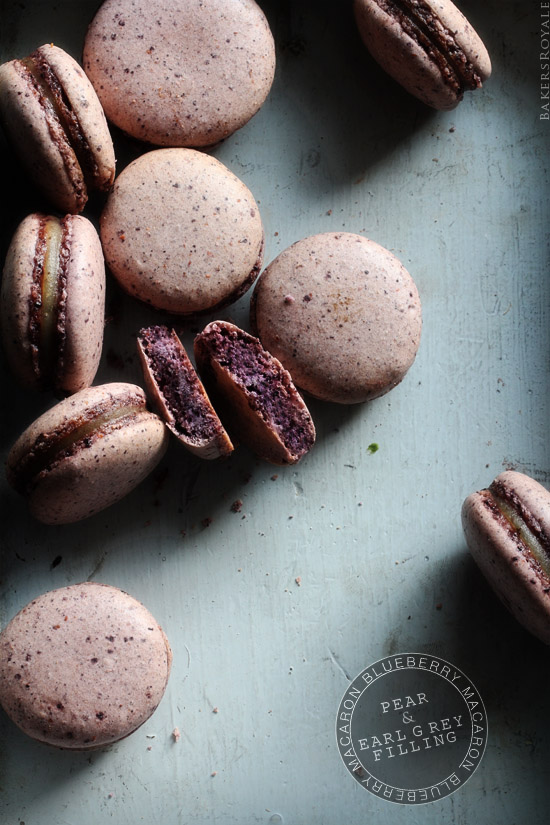 As for schedule derailments- that’s a common theme, but the beginning of this school year seems to be especially fraught with constant and panicked glances at the clock with mental pop reminders of all kinds of other things that were overdue. Sigh.

But the best flub of the week goes to packing my little guy a mayonnaise sandwich for lunch. Yes, in my haste I forgot to add the turkey to his turkey sandwich. And if I’m being honest, maybe that’s what caused him to throw up in his mouth. 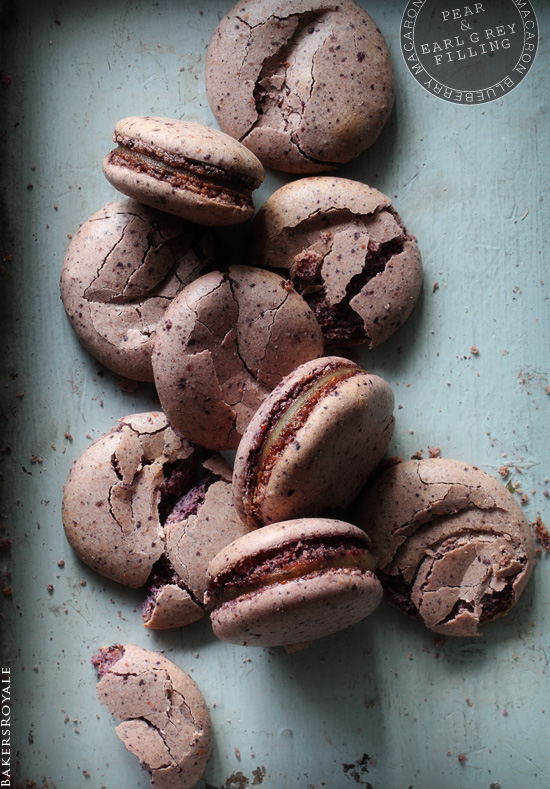 So per my usual pattern of behavior when such guilt-causing failings happen,  I baked up one of the little guy’s favorite treats: blueberry macarons. A favorite minus the filling and that’s not because of the taste, but because he doesn’t do filling of any sort. So in the absence of his endorsement on the fully-assembled maracron, I can assure you – the pear and earl grey filling makes this!

And he’s getting into the smash food action too, so we had some fun smashing a few cookies for that last picture.

Top Tips for the Best Results.