Everyone needs a fast and easy yeast-rising cinnamon roll recipe, especially on that can easily be pulled together for Christmas morning. Sure it’s a little bit more work than ready-made cinnamon rolls. But I’m a firmer believer that baking a little extra is well worth the happiness and smiles they bring to everyone’s face. 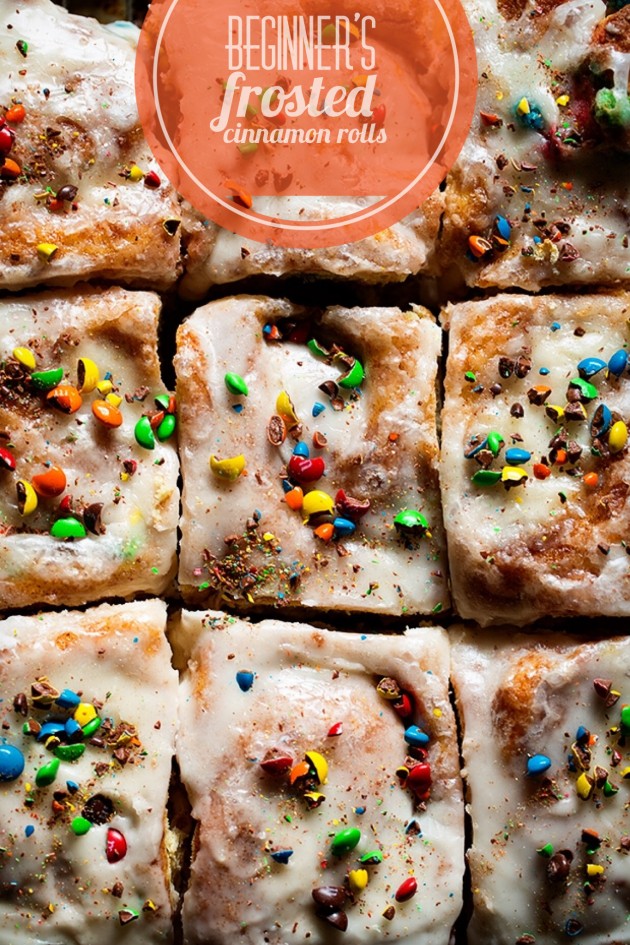 This recipe is a Fleischmann’s original recipe that I tweaked with a rippling of crushed mini candy-covered chocolates. Yep, in addition to sprinkling them on top, I also rolled some in the center. 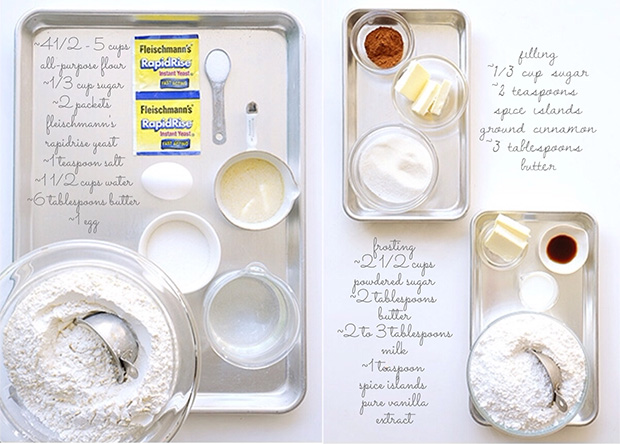 Now that you know these are no ordinary cinnamon rolls, you should also know working with yeast – easy – especially, when you have Fleischmann’s ® RapidRise ™ Yeast. And since it’s rise time is only an hour, you won’t have to wait around all day to get delicious results. Plus you can refrigerate your dough overnight and bake it in the morning. 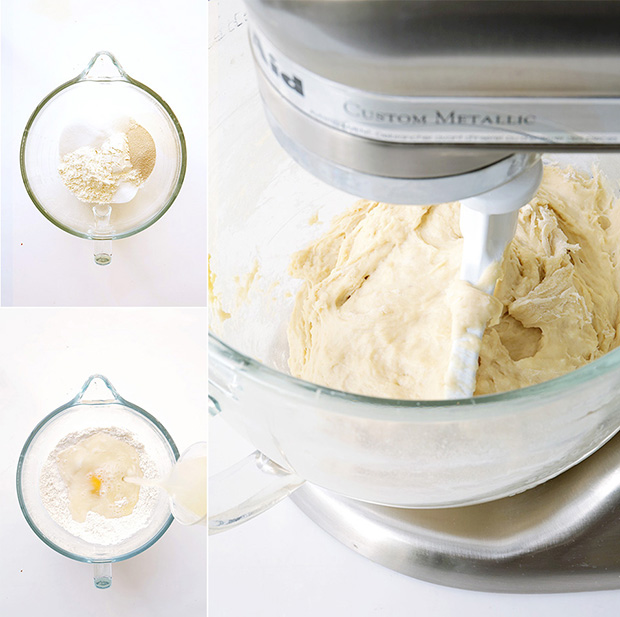 Which is a good thing, when your kids are home sick and wondering every ten minutes when the cinnamon rolls are going to be ready. 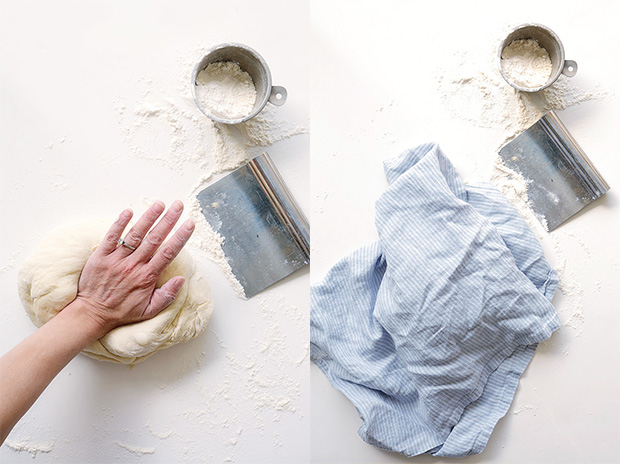 There aren’t many sweets that my family loves (ironic being that I’m a baker), but cinnamon rolls are something they will always get excited for. 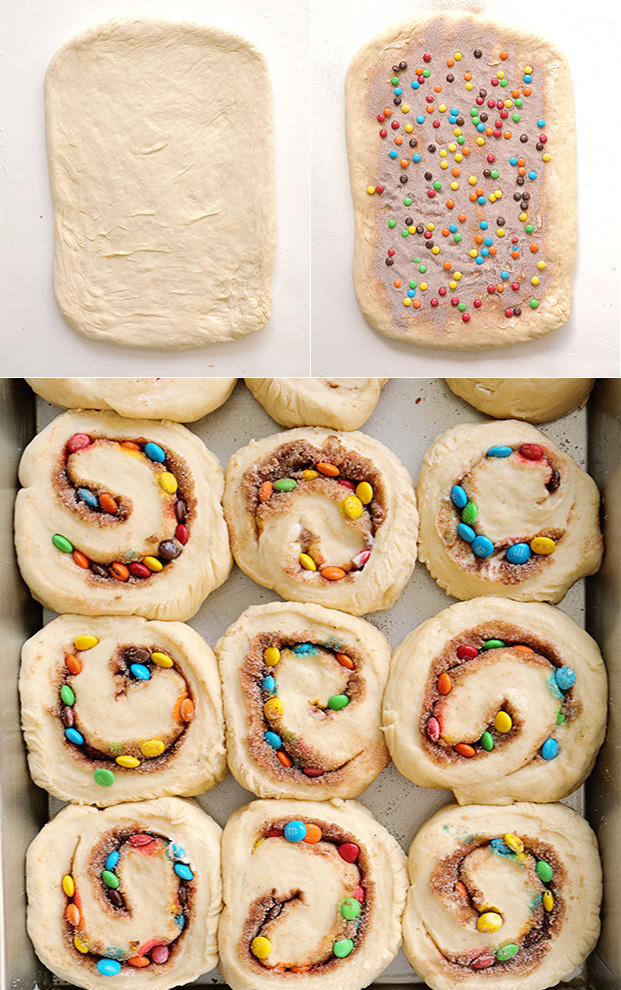 And since I made sure to take step-by-step photos so you can have a visual guide to the recipe, you have no reason not to make these. Time to get baking!

*This is sponsored post in collaboration with Fleischmann’s ® RapidRise ™ Yeast as part of the “Bake a Little Extra Ambassadorship”.

This is recipe is adapted from Fleischmann’s ® RapidRise ™ Yeast

Combine 2 cups flour, sugar, dry yeast and salt in a large mixer bowl and stir until blended. Place water and butter in a microwave-safe bowl.  Microwave on HIGH in 15 second increments until very warm but not hot to the touch  (120° to 130°F.  Butter won’t melt completely). Add to flour mixture with egg.

Knead on lightly floured surface until smooth and elastic and dough springs back when lightly pressed with 2 fingers, about 6 to 8 minutes. Cover with a towel; let rest for 10 minutes.

For filling, combine sugar and cinnamon in a small bowl.  Set aside.

Roll dough into a 15 x 10-inch rectangle using a rolling pin.  Spread 3 tablespoons  butter over dough stopping at least 1/2-inch from the edges on the long sides. Sprinkle with cinnamon sugar mixture. Beginning at long end of each rectangle, roll up tightly.  Pinch seams to seal.  Cut into 12 equal pieces.  TIP:  Use unflavored dental floss instead of a knife to cut rolls.  To do, cut a piece of floss about 12 inches long.  Slide floss under the roll; bring the ends up and cross over to cut each slice.  Place, cut sides down, in greased  13 x 9 inch baking pan . Cover with towel; let rise in warm place  until doubled in size, about 1 hour .

Bake in preheated 350ºF oven for 25 to 30 minutes or until rolls are golden brown. Cool on wire rack for at least 20 minutes.

Combine all frosting ingredients (start with 2 tablespoons milk and add more if needed) in a large bowl and beat until creamy.  Spread over rolls.